What’s Really Going on With Wendy Williams? Breaking Down All the Dramatic Rumors Surrounding Her Prolonged Talk Show Absence

How you doing, Wendy Williams?

It’s been 55 days since the acerbic talk show host last showed up to work, marking the longest time in The Wendy Williams Show history that it has gone on without its titular star outside of planned hiatuses. For fans of Williams who just long for her signature brand of tea-sipping gossip, it’s felt like nothing short of an eternity. And everyone seems to have a theory on what’s really going on.

Officially, Williams’ absence began when she announced she’d be missing her planned return to work on January 7 for what was to be her first brand-new episode of 2019. That decision to push back her return came after the host missed a Dec. 17 taping, only to return the following day to host new episodes through the end of that week. When her odd on-air behavior during the Dec. 20 episode, which saw the 54-year-old host looking visibly uncomfortable and, at times, having trouble speaking, sparked criticism and concern, she revealed that she’d fractured her shoulder in an undisclosed accident and, though she would not need surgery, she was taking pain medication to power through and attempt to deliver the goods.

“I’m on your TV screens every day wanting to spread laughter, entertainment and cheer,” she wrote on Instagram after the troubling episode aired. “As I reported earlier in the week, I have a hairline fracture on my upper arm, which hurts like hell. I’ve never broken a bone or experienced a fracture in my life. In the key place where the fracture is, and trying to scurry around and do too much, I am now paying the price.”

As she explained to her fans, she was taking pain meds for the first time in her life. “I did that to power through and try to deliver a great show for you, against the better judgement of the many people around me who genuinely care for my well-being,” she continued. “I really do ride or die for my craft and give 200 [percent].” 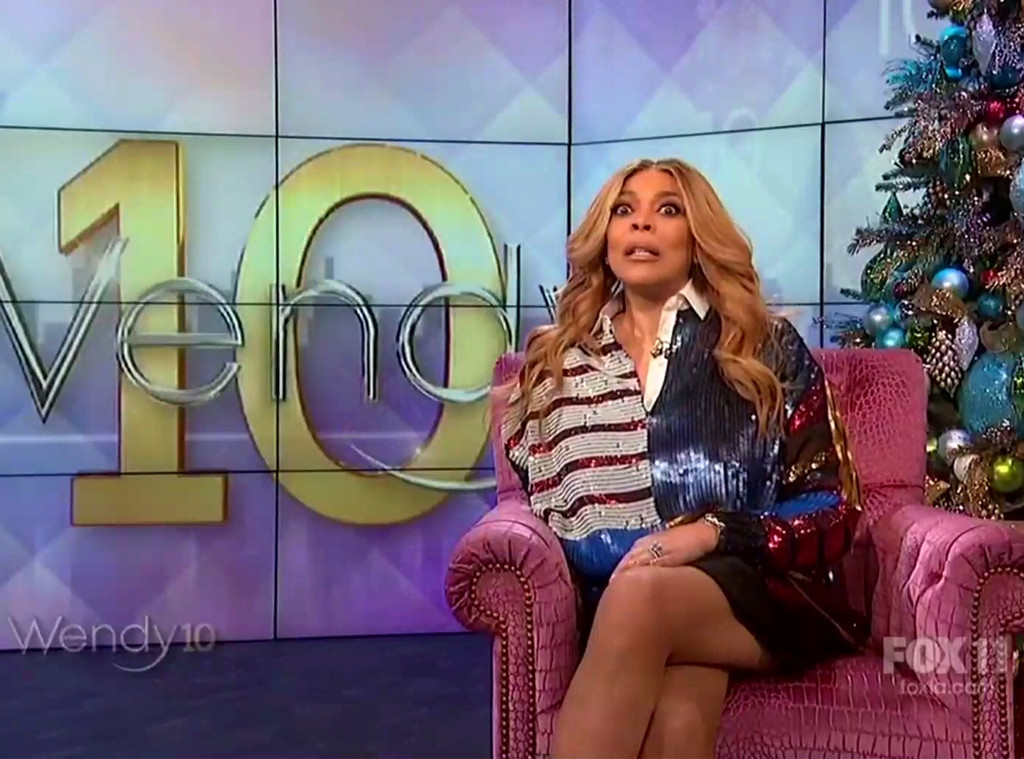 The revelation capped a tumultuous year, health-wise, for Williams. She revealed that February that she’d been diagnosed with Graves’ disease, an autoimmune disorder that causes an overactive thyroid, which, in turn, came after she fainted on live TV the October prior. Following the diagnosis announcement, she took a three-week hiatus, the first of its kind that’d she ever taken during her decade hosting the show, admitting that she was “pissed” about having to follow doctor’s orders.

By the time she concluded her lengthy social media post post in December, she assured her fans they’d see her in the new year. “I promise you a better Wendy in 2019,” she wrote. “I will get some much needed rest and healing over these next couple of weeks. (Yes I am definitely juicing over the next couple of weeks). Sorry again. I love you all. Happy Holidays!”

First came the report that her longtime marriage to husband Kevin Hunter, who’s also an executive-producer on the show, was in trouble owing to his alleged infidelity—a claim that Williams and her man categorically denied by way of a cease-and-desist letter sent to the outlet reporting it. In the show’s first episode back, on Monday, Feb. 4, guest host Nick Cannon announced that he’d spoken with Williams, during which time she asked him to pass a message regarding her family along to her fans. 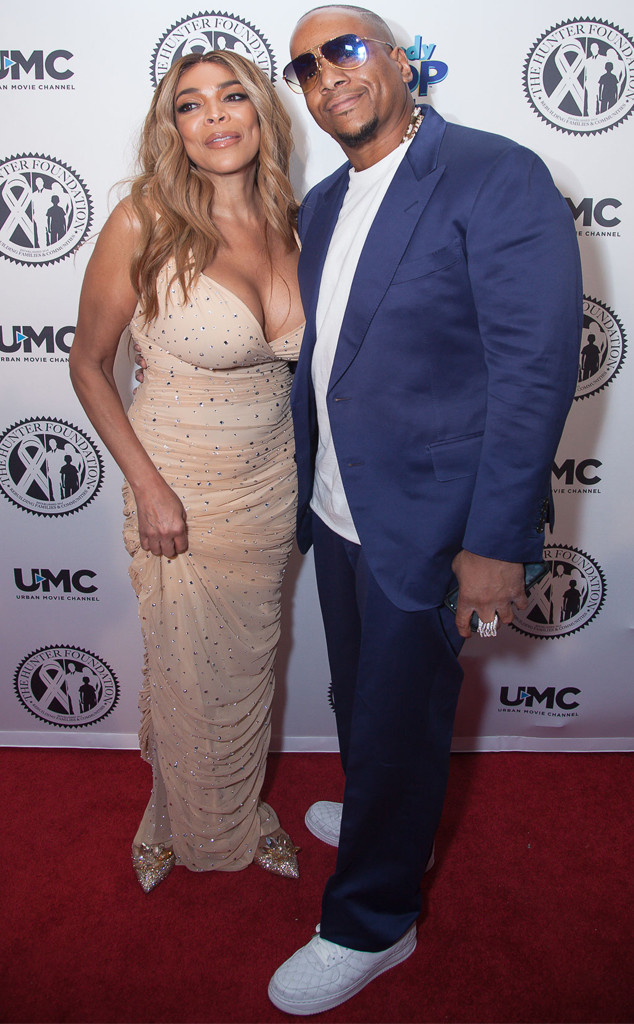 Bernard Smalls for The Hunter Foundation

“Her, talked to Kevin, Little Kevin and they said they all good,” Cannon said. “The love and the passion is still there cause that’s what you need at times like this, is your family to stick together with you. And honestly we talked and it got a little emotional, it did, because when I spoke to her she said she feels y’all love. She knows that there’s probably a lot of questions that haven’t been answered and stuff…She said there can be negativity out there and she hears the things people are talking about her family unit and what’s going on and she was like, ‘You know what? You don’t want to bring that negative energy when you’re trying to heal.'”

He concluded, “She said, ‘Have fun, but don’t get too comfortable ’cause I’m coming back!'” And while the in-studio audience cheered heartily at the idea, there are still those outside the studio who aren’t so convinced.

After one outlet published photos of Williams outside a CVS pharmacy in Florida, reports began to pour in alleging that staffers on the show are hopeful that she and Hunter don’t return, switching from fear over possibly losing their jobs in her absence to relief that the show can live on successfully with a different host who might offer a return chance for the work environment to become fun once again and apparently forgetting that the show is called, you know, The Wendy Williams Show.

Another report asserts that, after seeing how successful Cannon and the other guest hosts had been in filling the Williams-sized hole she left behind in her absence, she’s “super scared and anxious.” “They’re already starting to mess with the format,” the insider told Page Six. “It’s like watching them screw around with her baby.”

The source added that, despite her insecurities regarding her future on her own show, there was no way she could rush back to stop the perceived takeover in its tracks. “She’s in no state to get back on TV anytime soon,” they said.

In Williams’ latest statement on her absence, shared on Instagram on Jan. 18 and signed “The Hunter Family,” she revealed that she’s no longer simply recovering from the shoulder fracture. “Over the past few days, Wendy has experienced complications regarding her Graves’ Disease that will require treatment,” the note read. “Wendy will be under the strict supervision of her physicians, and as part of her care, there will be significant time spent in the hospital. Despite her strong desire to return, she is taking a necessary, extended break from her show to focus on her personal and physical well-being.

Through it all, production company Debmar-Mercury has never wavered in its public support of the embattled star. “For over ten years, Wendy has been a vital part of the Debmar-Mercury family,” their latest statement read. “We wholeheartedly support Wendy in this decision to take the time she needs and we will welcome her back with open arms the moment she is ready.”

Until then, her fans will simply have to wait.