Vote for Your Favorite Sports Team Ahead of the 2018 ESPYS 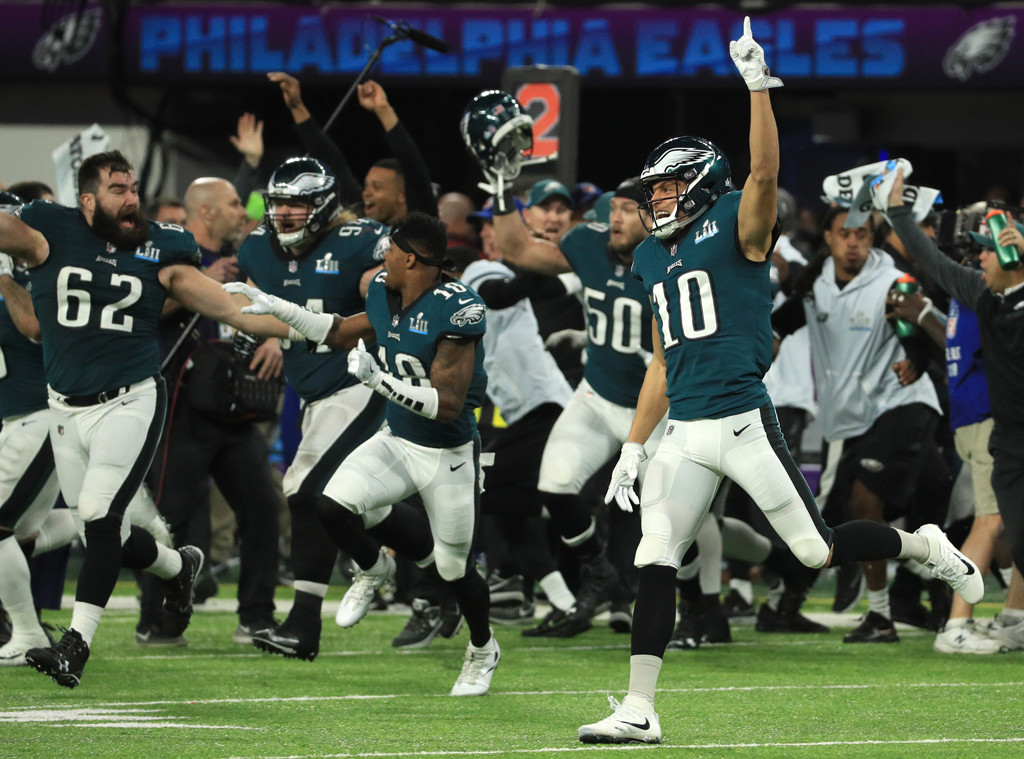 Calling all sports fans: the ESPYS are almost here!

The annual sports award show airs on Wednesday, July 18 on ABC and as all sports fans know it’s the biggest award show dedicated to athletes and their amazing performances over the past year.

While there are a lot of great solo athletes that will be honored at the Los Angeles based show, the biggest award might actually be the Best Team title.

This past year in sports has been filled with amazing stories of teams working together to take home the big trophies. Whether it’s the Houston Astros who won their first World Series in 2017 or the USA Women’s Hockey team who brought home the gold at the 2018 winter Olympics, team sports made a major splash this year.

Before the official winner is crowned this week we want to hear from you on which team really was the best this year. Were you impressed by the hockey teams, or are you a bigger football fan? What about baseball or the world of college basketball?

Vote for the top team below and make sure to watch the 2018 ESPYS on July 18 to see if your favorite group of athletes reign supreme!

At the end of October 2017, the Houston Astros faced off against the Los Angeles Dodgers for the 113th World Series championship. As one of the more entertaining World Series in the past few years the series went the full seven games before the Astros came out victorious on Nov. 1. With their 2017 World Series win they not only earned the first World Series win in Astros history, but they are the first Texas team to win the big baseball championship.

In January 2018, the Philadelphia Eagles played the New England Patriots in Super Bowl LII to see which of the two teams’ 2017 season was really the best. The Eagles were the underdogs entering the game with their backup quarterback Nick Foles in the starting position. They had to play the Patriots with veteran QB Tom Brady, who have been to the Super Bowl three times in the last four years. Despite Brady’s attempt at a last minute Hail Mary pass, the Eagles came out victorious with a final score of 41 to 33 for a win that Eagles fans will never forget. 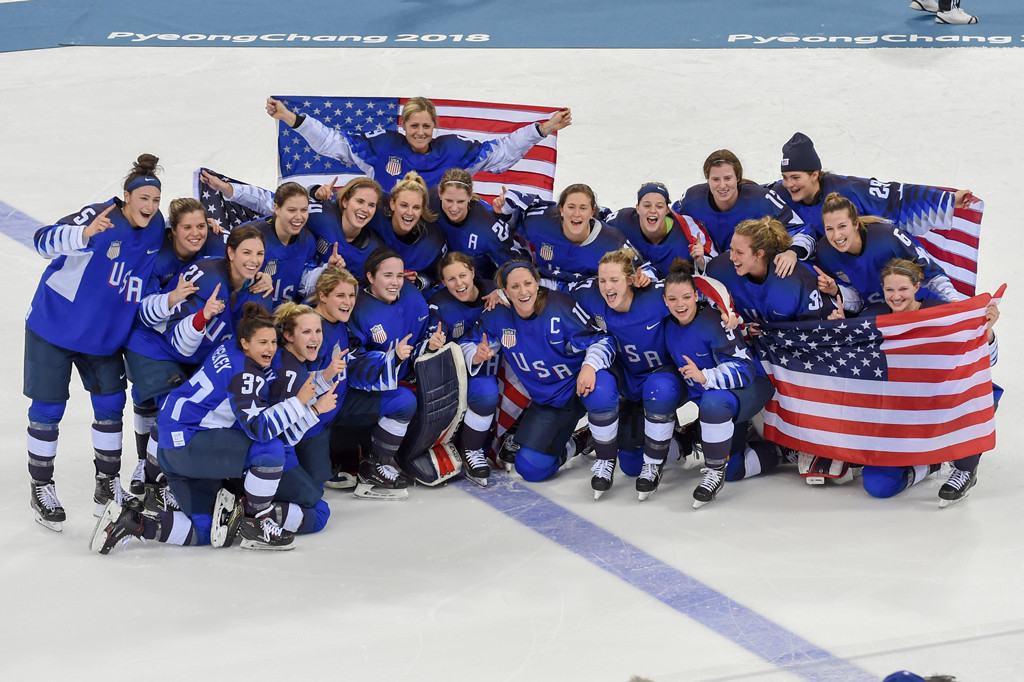 During the 2018 Olympics in PyeongChang, Team USA gave fans one of the greatest finals in Olympic hockey history. After losing to Canada during the last two Olympic gold medal games (in 2010 and 2014), this year was about payback and victory was sweet. At the end of regulation play, the two teams were tied so they went into a shootout to determine the winner and boy was it fun to watch. Team USA eventually won 3-2 in the shootout and it was like watching a movie AKA The Mighty Ducks. Plus, it marked the first gold medal for Team USA in 20 years in women’s hockey making it an even bigger celebration for fans of these fierce females.

Notre Dame’s Fighting Irish took on the ladies of Mississippi State in April 2018 and in the end they were able to sing, “We are the Champions.” The women of the South Bend, Indiana university won the National Title during the big game with a final score of 61 to 58 earning the school’s second National Championship in women’s basketball.

The Villanova Wildcats are no strangers to NCAA basketball championships having won three now in total. When they beat Michigan 79 to 62 in April 2018, they solidified themselves as one of the greats in college basketball. This National Title was their second in three years and we have a feeling they’re not planning on slowing down anytime soon. 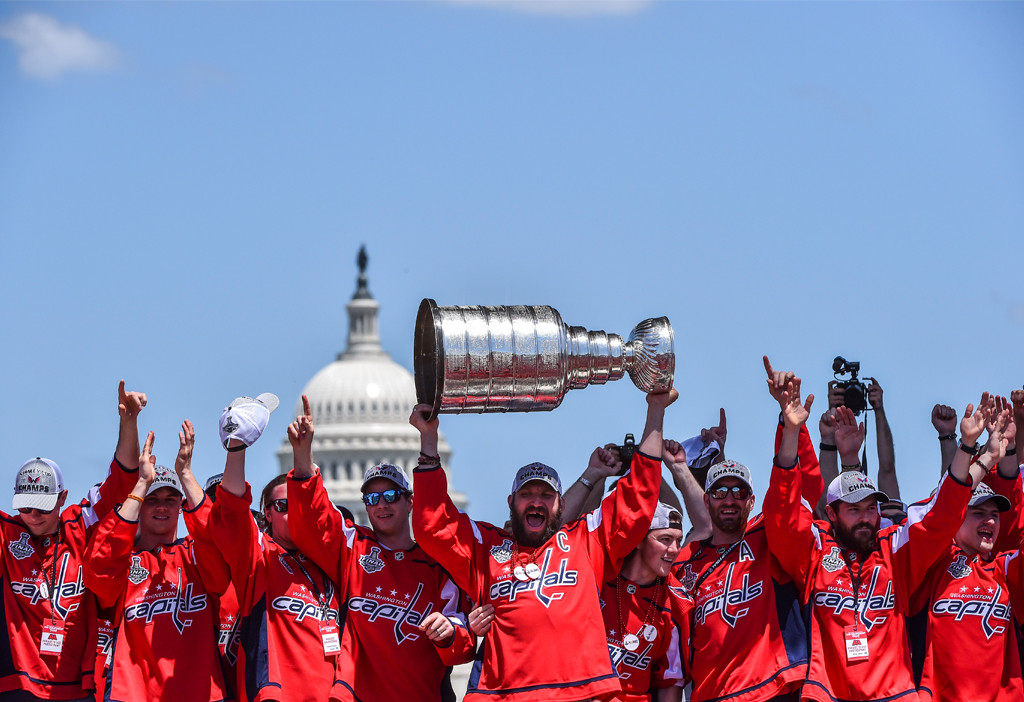 The Golden State Warriors proved they are the golden ones when they won their second NBA championship in two years. The NBA reigning champs entered into the 2018 championship series with the Cleveland Cavaliers without anything to really worry about. They ended up sweeping the Cavs and winning their third championship in four years in only four games. In Game 4 they dominated with 108 points to the Cavaliers 85.

The Washington Capitals won their very first Stanley Cup Championship in June 2018 and it was a battle to the end. The Stanley Cup Finals came down to the Washington D.C. team and the Vegas Golden Knights, who were only in their first season as the newest expansion team since 1968. Neither team had won this coveted title and after five back-and-forth games, the Capitals came out on top winning Game 5 by one goal.