The Wall Street Journal reported over the weekend that the Trump administration has purchased access to a commercial database that tracks the location and movement of millions of cell phones in order to aid in the deportation of immigrants living in the United States and to track people as they cross the border.

The revelation of this program shows that the government’s illegal dragnet surveillance has been expanded since the exposure of mass National Security Agency spying by whistleblower Edward Snowden in 2013.

Promises of a national dialogue on domestic electronic spying and the passage of legislation to provide more oversight of government operations were never anything more than a sham. The federal government is now outsourcing to private contractors a significant share of the electronic surveillance it had previously been carrying out itself. 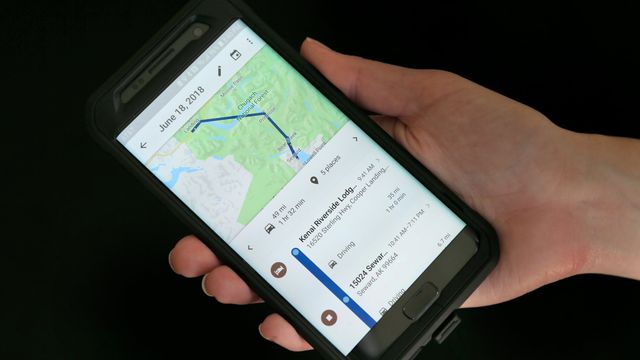 This breach of the right of the American and world population’s right to privacy, first justified by President George W. Bush under the guise of the “war on terror,” then expanded under President Barack Obama, is now being utilized in Trump’s fascistic war on immigrants. While the government claims that the cell phone data it uses is “anonymized” to protect American citizens, such measures will not be limited to immigrants. They will be used against left-wing political opponents of the government and to suppress any eruption of popular opposition by the working class.

According to the Wall Street Journal, the Trump administration began purchasing cell phone location data in 2017 from a company in the suburbs of Washington, DC named Venntel. This company has multiple ties to Gravy Analytics, a major mobile advertising firm.

Venntel purchases location data gathered by weather, game, commerce and other applications downloaded by cell phone users and then resells that information to its clients, in this case the Department of Homeland Security (DHS), Customs and Border Protection (CBP) and Immigration and Customs Enforcement (ICE).

Smartphone apps are constantly giving off signals to cell phone towers and other devices that provide their exact location. Corporate marketers have been using this information to target advertising at consumers with increasingly frightening accuracy. While smartphone users may think they are getting a weather report for their commute, their location is being fed directly to the government that is plotting to deport them.

The use of commercial databases is an end run around a 2018 Supreme Court ruling, Carpenter v. United States, placing restrictions on the federal government’s ability to directly collect cell phone data of American citizens from the big phone companies. “In this case, the government is a commercial purchaser like anybody else. Carpenter is not relevant,” Paul Rosenzweig, a former DHS deputy assistant secretary for policy, told the Wall Street Journal. “The government is just buying a widget.”

Instead of following due process and going to a federal court to get a warrant to track a criminal suspect, the government is purchasing bulk data from marketing firms to spy on everyone living in or traveling to the United States. The Wall Street Journal’s report notes that the purchase of marketing data is widely used by US agencies to gather intelligence internationally, though the extent is unclear as these contracts are classified.

The number of smartphone users in the United States has exploded over the last decade, rising from 63 million in 2010 to 273 million this year, more than three-quarters of the total population. In Mexico, the number of users is expected to rise from 71 million to 92 million in 2024, more than 70 percent of the population. Nearly one third of the world’s population, 3.5 billion people, currently uses a smartphone. The potential for government surveillance utilizing the information put out by these devices is vast.

While the New York Times published an editorial this weekend calling for congressional hearings into the Trump administration’s use of what the newspaper termed “the most invasive corporate surveillance system ever devised,” the revelation has passed largely in silence. It was not mentioned in the Sunday news interview programs nor raised by any of the Democratic presidential candidates. This is due to the fact that there is no section of the ruling elite that is committed to the defense of basic constitutional rights, and the assault on the democratic rights of American citizens and immigrants is bipartisan.

The Democratic-controlled House of Representatives passed an extension of the 2001 Patriot Act in November, including a provision that allows for the bulk warrantless surveillance of domestic electronic communications metadata. Even as they pursued the impeachment of Trump over his foreign policy in relation to Russia, and insisted that Trump is a stooge of Vladimir Putin, the Democrats ensured that the president retained invasive spying powers.

The impeachment process did not stop the Democrats from helping Trump deliver on his major policy initiatives, from allowing Trump to illegally transfer billions of dollars in Pentagon funds to build his wall along the US-Mexico border, to allocating $738 billion for military spending, to passing his austerity budget and ratifying the anti-China trade pact with Mexico and Canada.

With impeachment behind him, Trump has been empowered to escalate his attacks on the democratic rights of immigrants as well as the entire population. These attacks cannot be fought through the Democratic Party, a party of the CIA, the Pentagon and Wall Street. The only social force that can defeat Trump and the financial oligarchy that controls both parties is the working class.

The Socialist Equality Party is running its presidential campaign to build a revolutionary leadership in the working class that will fight to defend the democratic rights of all people. The SEP’s candidates, Joseph Kishore for president and Norissa Santa Cruz for vice president, stand for the abolition of national borders and the right of all people to travel and work wherever they please, free from state surveillance and harassment.

For more information on the SEP election campaign and to sign up, visit socialism2020.org.

Contribute to the fight for socialism in 2020

2019 has been a year of mass social upheaval. We need you to help the WSWS and ICFI make 2020 the year of international socialist revival. We must expand our work and our influence in the international working class. If you agree, donate today. Thank you.

N24 Correspondent, WASHINGTON DC:- The U.S. Citizenship and Immigration Services (USCIS) issued a Federal Register notice with information on how to apply for employment authorization