The shortage of immigration judges in America 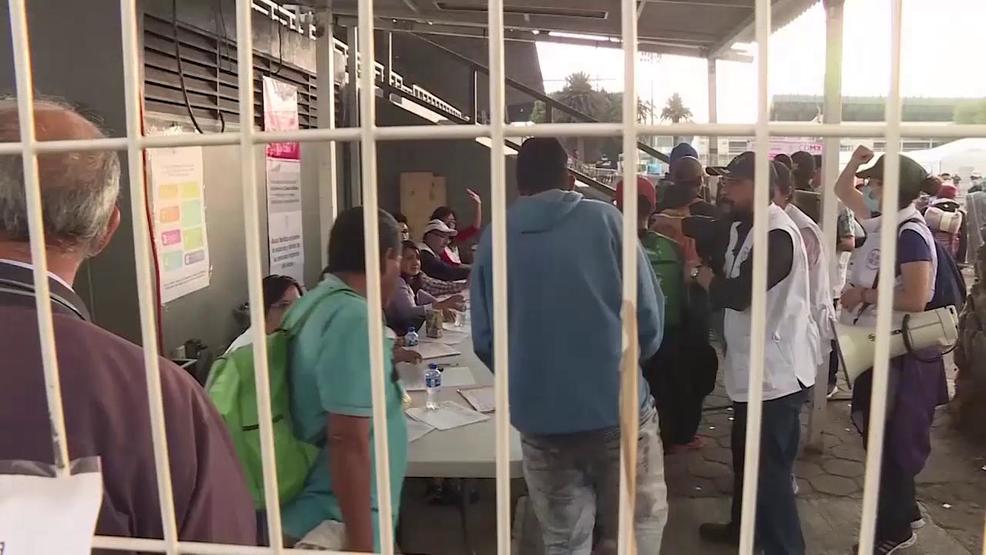 WASHINGTON (SBG) – Congressional negotiators have reached a tentative border security deal to avert a government shutdown. Most of the discussion has been focused on funding for the wall but one part of the agreement calls for more money to hire immigration judges.

Nearly 2000 migrants arrived in a Caravan at the Texas-Mexico border last week. Many who plan to seek asylum. Their requests will add to the growing list of asylum claims in the U.S.

The immigration court backlog is at a record high with more than 800,000 pending cases

And only about 400 immigration judges to handle to them.

“When I open my calendar, every morning, I see that for the next 2 to 3 years, everything is booked up.” said Ashley Tabaddor is the President of the National Association of Immigration Judges. “Justice delayed means justice denied it’s not just one side its justice it’s both sides it’s both the people who should be gaining the benefits and those who should be removed expeditiously.”

U.S. policy allows those seeking asylum to legally live in the u-s while an immigration court decides their case. President Donald Trump says the laws need to change.

“You’re not going to believe this — other countries don’t do this. Somebody walks into our country and we bring them to court,” Trump said.

On average it can take about two years before a migrant goes before an immigration judge.

Some do fail to show up for the hearings, but the majority appear. Both democrats and republicans support hiring hundreds of more judges to deal with the volume.

Immigration policy expert believes speeding up the process will help with border security since it will deter people from coming to the U.S.

“The longer the delays the more incentive to come the quicker the cases the less likely you have people getting into the system,” said Theresa Brown, immigration policy expert at bipartisan policy center

Chairman of the Senate Appropriations Committee Richard Shelby tells me there is “a lot” of money going toward hiring immigration judges in the border security deal.