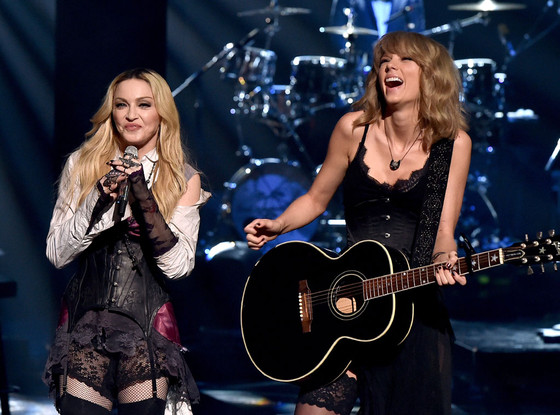 In just two days, Taylor Swift is set to be honored at the 2019 iHeartRadio Music Awards.

Following the massive success of her record breaking Reputation World Tour, the 29-year-old superstar singer will receive the coveted Tour of the Year Award at the ceremony on Thursday evening. T.Swift is also nominated for Best Music Video at the award show for her beloved “Delicate” visual, while her Swifties are also up for Best Fan Army!

Over the years, Swift has had many incredible moments at the ceremony. From performing with Madonna, to winning multiple awards, the singer always appears to have a blast. So, in celebration of this week’s award show, let’s take a trip down T.Swift lane with her most memorable iHeartRadio Music Awards moments!

1. Performing With Madonna: At the 2015 ceremony, Swift teamed up with Madonna to perform “Ghosttown.” During that same award show, Madonna also presented her “favorite guitar player” Swift with the Song of the Year Award for “Shake It Off.”

“Well, I want to thank Madonna for being Madonna, first of all,” T.Swift began her acceptance speech. “I want to thank Max Martin and Shellback for writing this song with me. It was the most fun I’ve ever had writing a song.”

“I think that one of my favorite things about this tour was the camaraderie that I felt between all of the artists that came out,” Swift told the crowd, referencing the stars who joined her on the 1989 Tour stage. “I want to start by thanking Justin Timberlake for the example that he has set for all of us in this room.”

Swift went on to thank then-boyfriend Calvin Harris, who she referred to as “the most amazing person to come home to” when the spotlight went out. 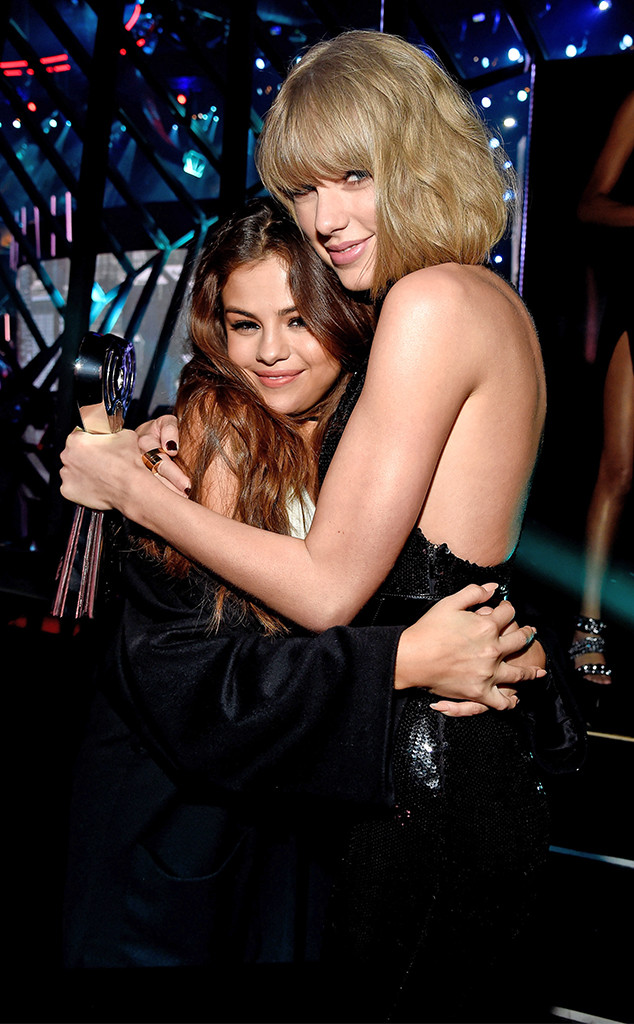 After appearing on the stage together, the pals later shared a hug as they smiled for cameras.

4. Swift Gives a Shout-Out to Her Friends: After winning Female Artist of the Year at the 2016 ceremony, shift gave a shout-out to the women in her life.

“This album, 1989, and the last two years of my life have been the most fun I’ve ever had,” she said in her speech. “And the decision to make a pop album was not made in a conference room at a record label. Those decisions were made in my kitchen, with my girlfriends, and the women in my life. And so, I want to thank my friends, you guys were always there when I had questions, ‘Do you like this song? Is this the right direction to go in?’ They were the ones who reinforced me and said, ‘You’re doing the right thing, always follow that.'”

5. Winning Female Artist of the Year in 2018: While Swift wasn’t able to make it to the ceremony in 2018 due to tour rehearsals, she made time to send a sweet video message for her acceptance speech.

“Hey guys! I just wanted to say thank you so much for this award,” Swift said. “And to the fans, for everything that you have done, and always do, and continue to do, you’re the best.”

The iHeartRadio Music Awards, hosted by T-Pain, will air March 14 at 8 p.m. EST on Fox.