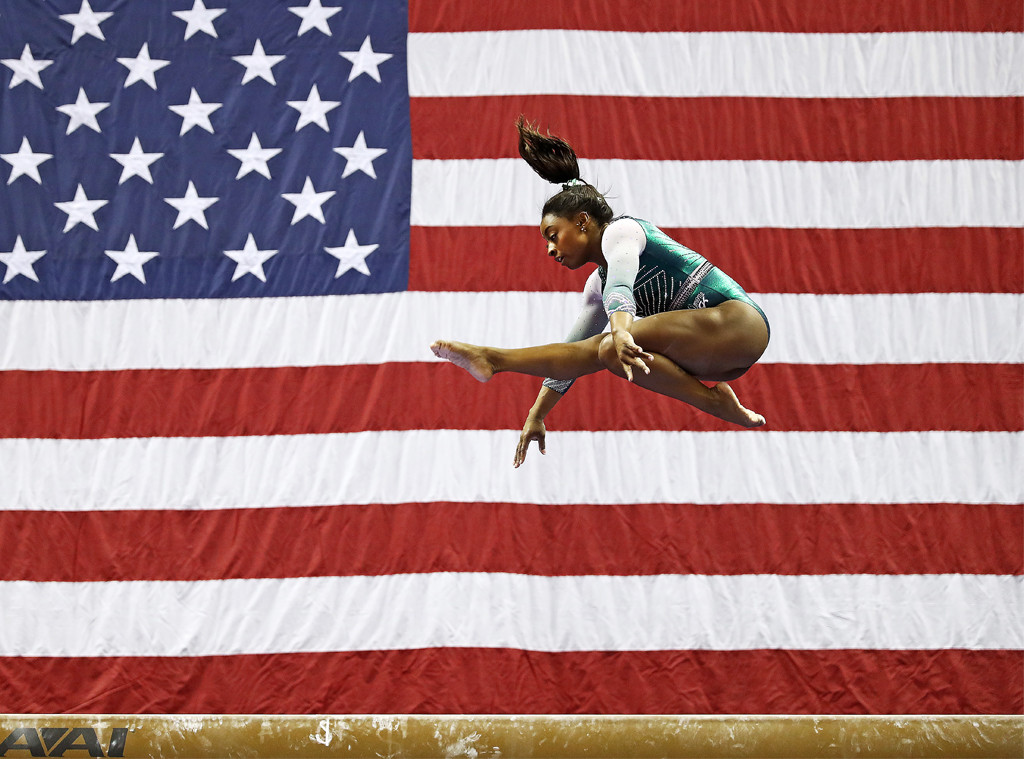 Not that there was every any doubt, but Simone Biles really is the GOAT. The 22-year-old Olympian went where no gymnast has ever gone before on Friday evening, making history as the first person to ever attempt and land a double-double dismount from the beam.

The must-see moment took place at the U.S. Gymnastics Championship in Kansas City, Miss., where she’s currently vying for her sixth national title. In an earlier heat, Simone made history yet again by becoming the first woman to perform a triple-double in a floor exercise.

Simone, who took a jab at her critics by practicing in a leotard with a literal goat on it (as in ‘greatest of all time’), is no stranger to success on the mat. In fact, she’s the world’s most decorated female gymnast of all time, having won five Olympic medals and countless other accolades.

In a recent interview with USA Today, Biles toyed with the idea of not only hearing that you’re the best, but knowing it.

? WAIT FOR IT ?@Simone_Biles is the first person in history to perform this dismount and ? SHE ? NAILED ? IT. #USGymChamps pic.twitter.com/l7vVInxMJv

“You’ll go your whole entire career and everybody will tell you you’re great. But the minute you say you’re good, [people are] like, ‘Oh my gosh, you’re so cocky! Cancel her,’ or this or that,” Biles said. “There should be times where we can celebrate whenever we do a good routine. Or if you’ve been on a winning streak for a year. Or so forth. I think it’s something you should have pride in. Not be cocky about it, but have pride in it.”

And with the 2020 Tokyo Olympics right around the corner, you can expect Simone to do exactly that when she represents Team USA.