Following news of her older brother Tevin Biles-Thomas‘ arrest for triple murder, the Olympic gymnast seems to be seeking comfort in her friends. Over the weekend, Simone returned to social media to share a shot of her posing alongside two close pals. “Girls day to drink happy thoughts,” she wrote alongside the picture, which showed them wearing denim shorts and bikini tops.

The trio later headed to Texas’ Clé Houston for a pool party, where they celebrated Labor Day weekend with a larger group of girlfriends. Together, rocked out of Chris Brown‘s “No Guidance” and caught a performance by Gucci Mane.

It appears as if the day was a success. Much to the delight of her boyfriend Stacey Irvin Jr. “Wow!” he commented on her post. “Y’all better slay.”

While Simone has yet to comment on her sibling’s alleged crime, Stacey, for his part, has seemingly addressed the matter.

“A message,” the 25-year-old former gymnast wrote on Instagram Stories before quoting, “‘The strongest people I’ve met have not been given an easier life. They’ve learned to create strength and happiness from dark places.”

On Thursday, Tevin, 24, was arrested and charged with murder following a shooting in Cleveland, Ohio that killed three and left two injured. According to authorities, a fight broke out on New Year’s Eve in 2018 when a group of men showed up uninvited to an apartment serving as an Airbnb. 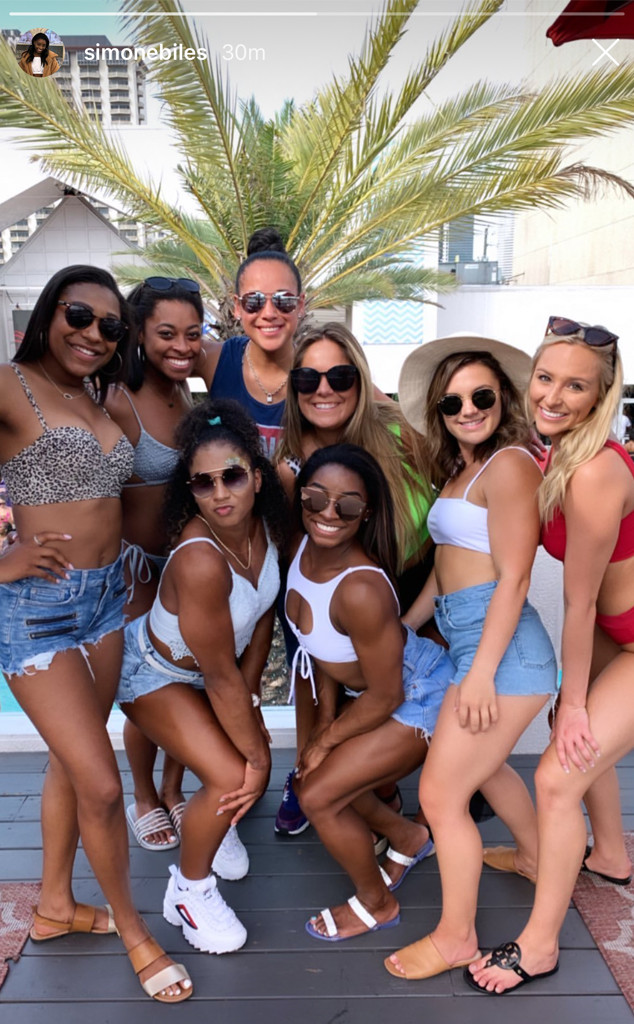 Tevin was taken into custody in Georgia, where he is on active duty in the Army. He was charged with murder, voluntary manslaughter, felonious assault and perjury.

Currently, Tevin is the only person to be charged in connection with the fatal shooting. He is being held without bail in the Liberty County, Georgia jail and is set to appear in court on September 13.

“The relentless persistence of Cleveland police homicide detectives helped secure an indictment in this case,” Cuyahoga County Prosecutor O’Malley said in a statement following today’s update. “It is through their hard work that we can begin to seek justice for these victims.”

A family celebrating a birthday at a restaurant is yelled at with racist remarks by a tech executive: “F–k you Asians. Trump is going to

Biden to meet with Mexican president amid migration issues