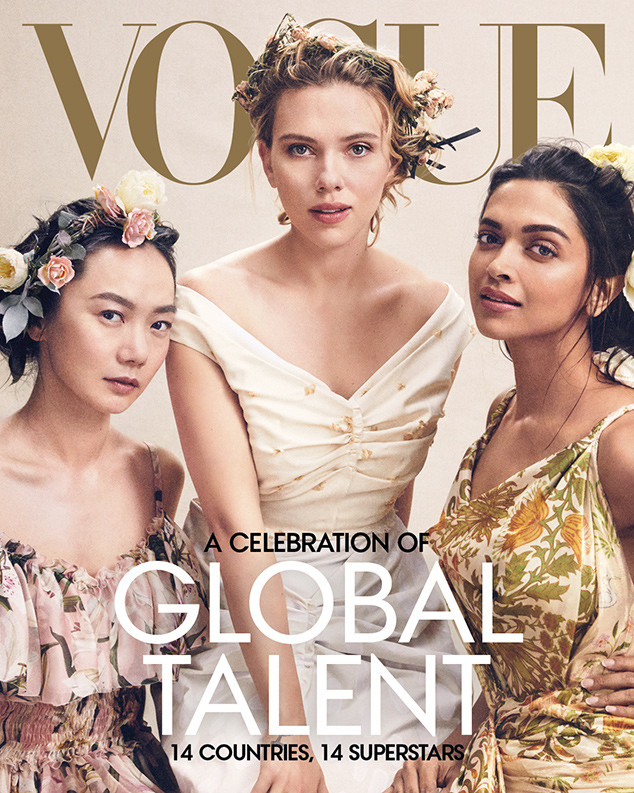 She may play a superhero on screen, but Scarlett Johansson can tackle some sticky situations in real life, too. The latest proof? This story.

In a game of “Hollywood, Nollywood, Bollywood Squared” for Vogue, the Avengers: Endgame star recalled her worst red carpet nightmare. Spoiler alert: it will make your stomach suddenly turn.

“Right before I got on the red carpet, my entire dress split open and then every time I had to pee, I had to get cut out of the dress and resewed into it,” she described. “So yeah, not a lot of fluids that night.” Yikes! A major round of applause to Johansson for forging ahead even with that kind of fashion emergency.

The actress was also candid about her weirdest interactions with fans, citing the Avengers tattoos they often show her. “I’ve definitely seen a lot of bad Avengers tattoos and for some reason, mine always look like my face looks more like Jeremy Renner than Jeremy Renner‘s face,” she explained. “I don’t know why. I guess we look alike?”

“I would go round two with Penélope Cruz,” Johansson said of her Vicky Cristina Barcelona co-star. “Hey P.” And while we all know she’s been going out with Colin Jost for nearly two years, she had a different answer when they were asked who they’re dating. “I’m dating my doorman,” she jokingly replied.

On a more serious—and triumphant note—cheers broke out when she answered this final question: “Have you ever been paid more than a man?”

“Yes,” Johansson replied with a smile, contrasted by the other actresses’ “no’s.” “It’s how it should be.”

Thankfully, women now have the platforms, like this interview, to address the wide-ranging inequalities in Hollywood on and off the screen.

“It’s a conversation that Hollywood has never had before,” she told the magazine. “It feels like we’re all kind of catching up.”

The April issue of Vogue hits newsstands nationwide on March 26.