Reese Witherspoon is many things.

To the public, she’s an actress, an activist, and a savvy business woman worth a reported $120 million. But to her family, she’s the daughter of Betty and mother to Ava Phillipe (19), Deacon Phillipe (15) and Tennessee Toth (6).

The Oscar winner posed alongside her daughter and mother in the February issue of Vogue and opened up about her personal life.

Witherspoon grew up in Nashville. Her mother was a labor-and-delivery nurse and her father, John, was a doctor. The Big Little Lies star told the magazine she would go to work with her mother and watch her “take care of 17 babies at once.”

“There would usually be two women, and they’d be doing all the diapering, all the feeding—everything, all at once,” Witherspoon said. “And the crying of the babies! The noise! She said she didn’t even hear it. I remember being so in awe of my mom. She always had a positive attitude, always laughing, always telling a joke, and she always had a billion friends at work. She just loved the women she worked with.”

But despite having an upbringing full of private schools and monogrammed towels, Witherspoon’s life wasn’t always picture-perfect. According to Vogue, tabloids have accused her father of having trouble with alcohol and money. While Witherspoon mostly remained mum on the topic, she did hint there’s more to her life story than the public knows.

“I’m not really at liberty to talk about my family’s finances. I don’t think it’s appropriate,” she said. “But it’s not what it seemed like. There is a book I will write one day that is probably a little more…”

After pausing for a bit, she continued.

“There were just . . . there are reasons I’m passionate about a lot of things, you know?” she said. “I think there’s a time and a place and there will be a moment when I can speak about it. But there’s a reason I’m very passionate about women having their own money. I have a lot of friends and I have a lot of personal experiences with women feeling afraid and making life choices because they felt completely paralyzed or in a stasis because they didn’t know what to do financially. And you can’t have liberation if you don’t have that.” 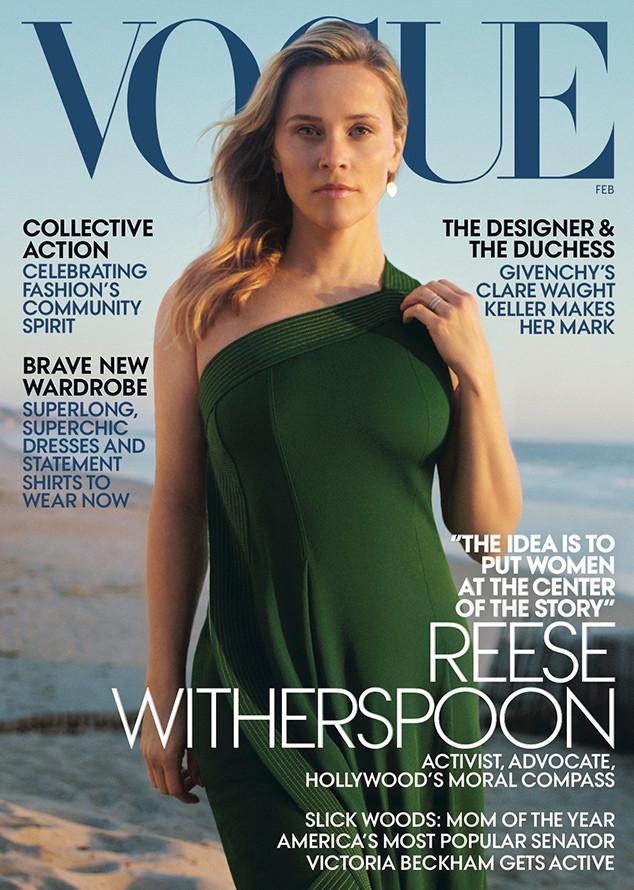 Witherspoon then became a mother when she was 23. She was married to her now-ex Ryan Phillipe and was about to start filming Legally Blonde a year later.

“There are pictures of her as a baby on the set,” she told the magazine.

She then welcomed her first son two about two years after her film’s release. After about eight years of marriage and number of prominent roles, including her Academy Award-winning portrayal of June Carter, Witherspoon split from Phillipe.

Today, she is happily married to Jim Toth, has a second son and celebrates a long list of achievements. She’s founded her lifestyle brand Draper James and her production company Hello Sunshine. She’s also written a book, Whiskey in a Teacup: What Growing Up in the South Taught Me About Life, Love, and Baking Biscuits, and become a major voice in the Time’s Up movement. She’s also starred in a number of other roles and is set to appear in the second season of Big Little Lies and The Morning Show.

After years of “banging my head against the wall,” to fight for the life and work and she wanted, it seems like the world is taking notice.

“I didn’t think a moment like this was going to happen,” she told Vogue. “We’re not there yet. But I lay down and dreamed of all this stuff seven or eight years ago and now it’s finally starting to happen. I guess what I do now is start thinking of some more dreams.”