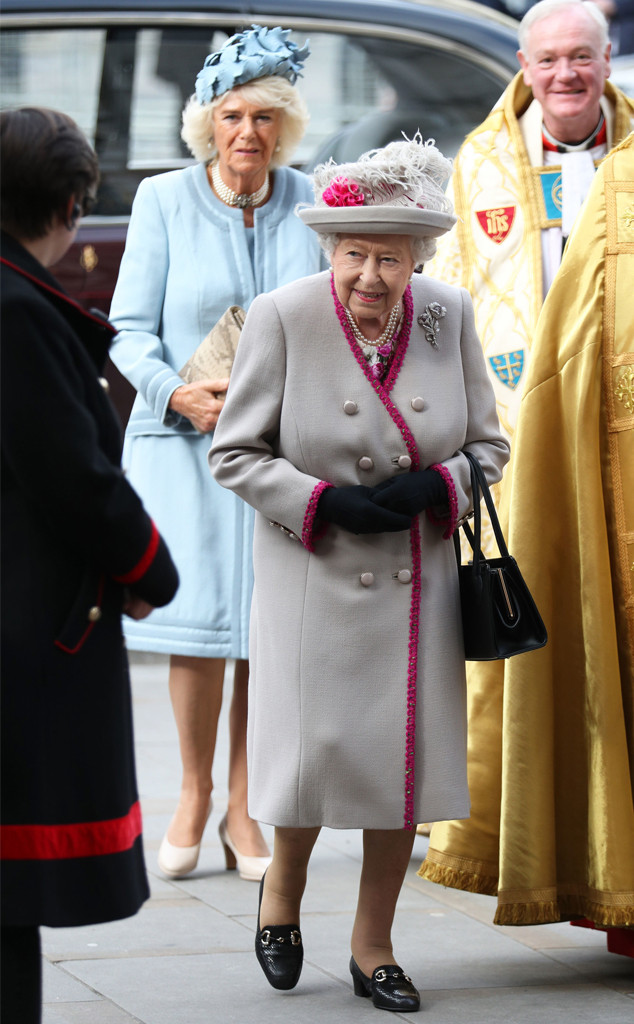 The royals are changing things up!

Queen Elizabeth II and Camilla, Duchess of Cornwall, made a rare joint appearance on Tuesday to commemorate the 750th anniversary of Westminster Abbey’s reconstruction.

Her Majesty wore a gray coat with fuchsia accents for the outing and accessorized her look with a matching hat. As for the duchess, she donned a pale blue dress with a stylish fascinator.

The Very Reverend Dr. John Hall greeted The Queen upon her arrival, and the Westminster Sub Dean, the Venerable David Stanton welcomed Camilla. The royal pair then made their way into the service, which was attended by more than 2,000 people. Following the procession, a bouquet of roses was presented to the monarch and laid on the shrine of St. Edward the Confessor.

The Queen and Camilla were gifted with flowers at the end of the 45-minute service by a 10-year-old attendee and her 9-year-old brother, respectively.

The Very Reverend Dr. Hall said it was a delight to have the monarch in attendance at the famed church—which hosted Queen Elizabeth II and Prince Philip‘s wedding in 1947, as well as Prince William and Kate Middleton‘s nuptials in April 2011.

“The Queen is the visitor of Westminster Abbey and she has a wonderful and close association with the Abbey,” he told PA Media, adding she was “very gracious and generous” for attending services at the church multiple times a year.

He also said “[The Queen is] always smiling and warm, engaging in the most extraordinary way.”

While The Queen and the duchess are frequently seen together on official royal business, they’re rarely spotted without Prince Charles or other members of the royal family by their sides.

Speaking of which, it certainly has been a busy time for the entire family. Prince William and Kate Middleton are currently on a royal tour of Pakistan, and Prince Harry and Meghan Markle attended Tuesday’s annual WellChild Awards.