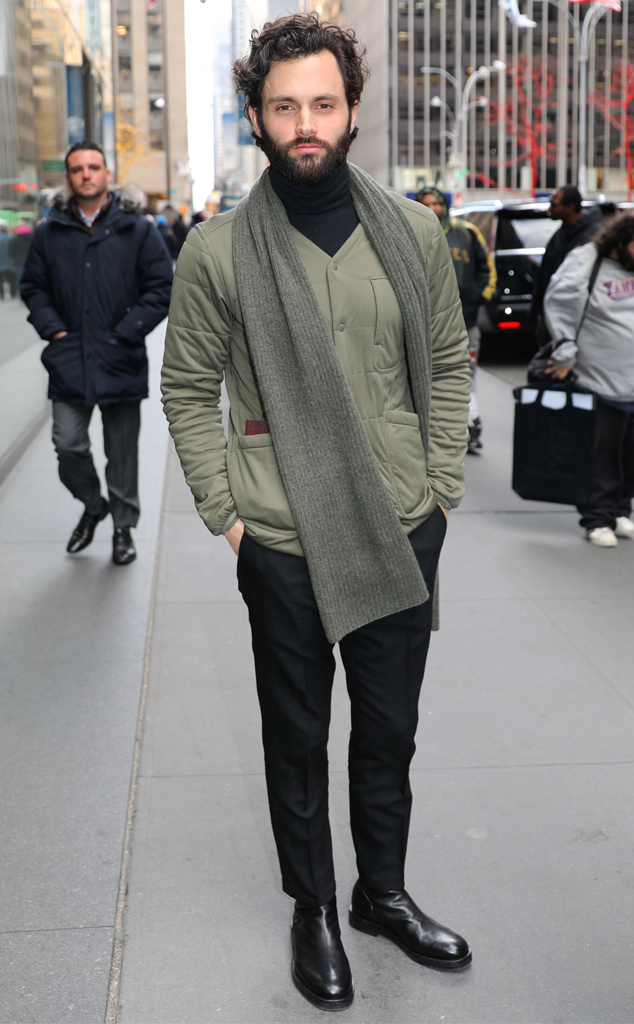 Who could have predicted that a character birthed from a Lifetime series would be such a topic of conversation and point of obsession on social media and beyond?

You, which originally premiered on Lifetime in 2018 and tanked, was given a second chance when Netflix picked it up and streamed it internationally that same year.

Of course, nothing has been the same (online) ever since.

Penn Bagley, who portrays the creepy bibliophile serial killer Joe Golberg, is aware of how obsessed people have become of his spine-chilling but make it sexy character.

Fans of You—based on Caroline Kepnes‘ books—have watched Joe Goldberg kill time and time again, but still can’t get enough (Netflix has officially renewed the series for its third season).

“There are times where Joe is so impossibly sympathetic and even honest and brave” the former Gossip Girl star says in an interview InStyle. “Sometimes he’s the exact perfect balance between chivalrous and allowing his partner to be autonomous and empowered.”

Badgley added: “He’s actually in some ways made to be the perfect guy that does this really—to even say it’s terrible is kind of an understatement—thing.”

Of course, Badgley is no stranger to what fans are saying online about his character. On Twitter, a quick scroll through the show’s hashtag, you’ll see a never-ending inventory of memes but you’ll also come across one or two tweets romanticizing the character. To which the 33-year-old actor has been quick to remind fans that Joe Goldberg is a murderer and well, not much of a good person.

“It’s always been tongue-in-cheek,” the actor tells the publication. “Part of the strangeness of the concept for me is exactly why we’re all watching: Why are we making it? Why is it doing so well? These are interesting questions that have something to do with where we are all at, societally.”

Further, on the note of what the public’s obsession with Joe Goldberg says of us as a society, Badgley adds, “First of all, we’re not yet at the stage collectively where we’re able to watch anything and not ultimately glorify it. And then you cast people like Christian Bale (who portrays Patrick Bateman in American Psycho), who’s this tall, gorgeous talented young man, and he gives a great performance. The way we capture things on camera is a bit surreal. It’s made to be compelling in a way that may not be exactly like real life. In a way, everyone is always being toyed with.”

Read Penn Badgley’s full interview with InStyle here. YOU season 1 and 2 is now streaming on Netflix.

In Chile, Haitians grow weary of waiting, eye journey to US

New charges against accused killer of four in Nevada in 2019