‘When the president says merit – turn it upside down. It means make America white again, have people leave, just go back and we’ll just let in people we like,’ Pelosi told The Commonwealth Club of California.

‘I don’t know merit counted for when his wife’s family came into the country. I don’t know. Maybe it did. God bless them if it did. But he calls that chain migration, which he wants to get rid of – family unification, instead call it merit,’ she added. 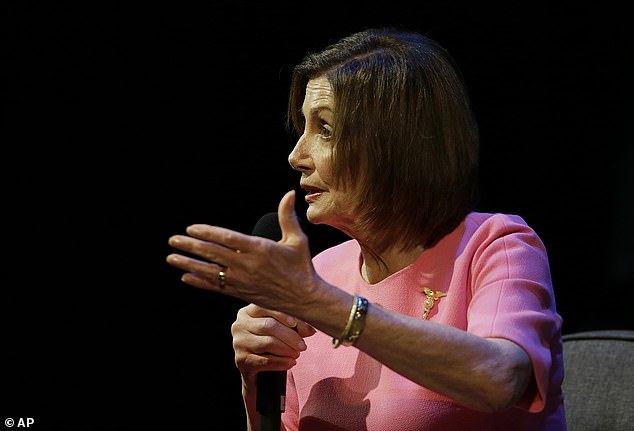 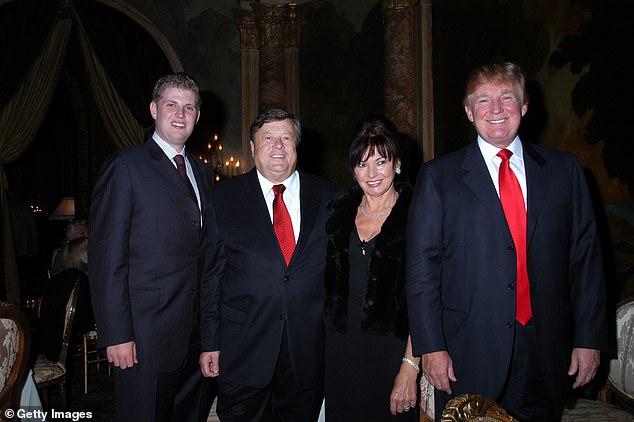 The first lady’s office did not immediately respond to DailyMail.com’s request for comment.

Earlier this month the president proposed a new immigration system that ‘attracts the best and brightest from all around the world.’

The president has repeatedly railed against immigrant who use the lottery system or ‘chain migration’ to enter the country.

The first lady’s parents obtained their citizenship through the ‘chain migration’ process.

‘They had gotten sponsored by their daughter and then once they had the green card, they then applied for citizenship when they were eligible,’ their attorney Michael Wildes told The New York Times last August when her parents became citizens.

He claimed the couple did not receive any special treatment in the citizenship process. 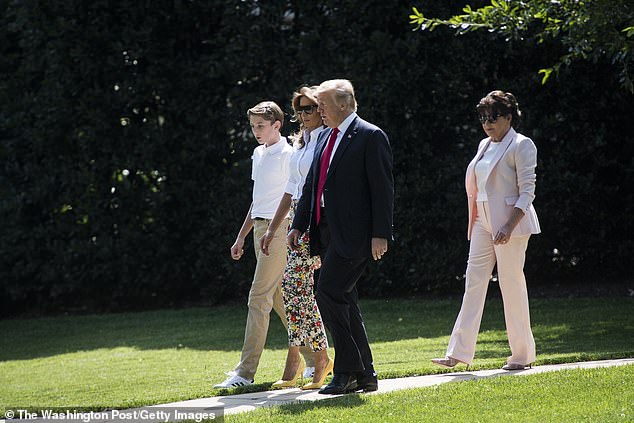 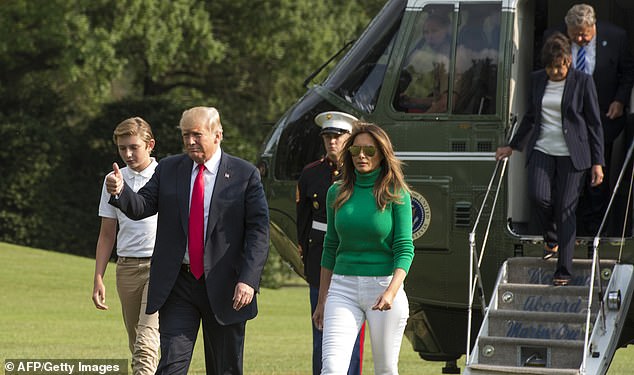 Viktor and Amalija Knavs are seen coming off Marine One in August 2018 after President Trump, Melania Trump and Barron Trump 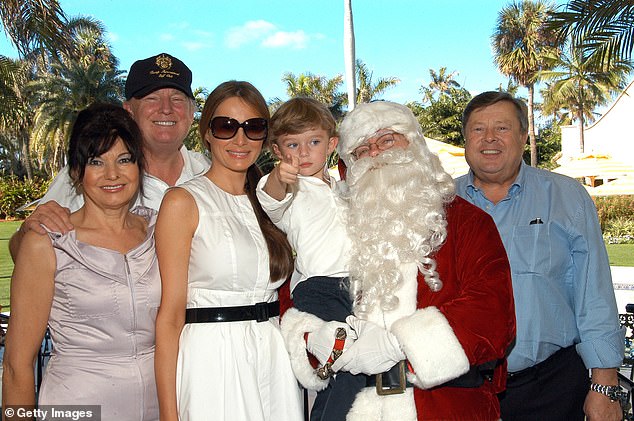 Migrants who are U.S. citizens or permanent residents are able to sponsor other relatives – such as parents, adult married children and siblings – to come to the United States in what is sometimes referred to as ‘chain migration.’

Viktor and Amalija Knavs had obtained citizenship through that method.

The Knavs have a residence in Maryland, near Barron Trump’s school, to help their daughter and grandson.

But they are intensely private, never speaking to the press and rarely posing for a public photo. 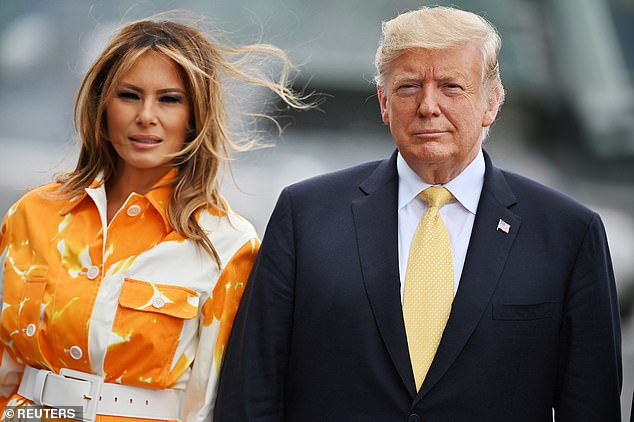 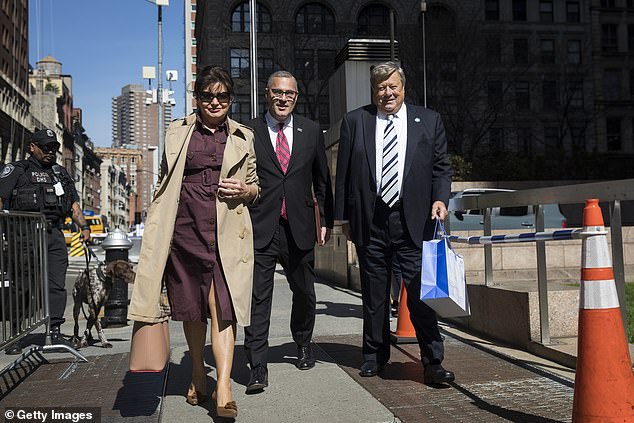 Amalija and Viktor Knavs arrive with their lawyer Michael Wildes at U.S. Citizenship and Immigration Services in New York in May 2018

They also travel with the first family, having been seen on trips to Camp David and Mar-a-Lago.

The first lady, born Melanija Knavs in the then Yugoslavia, changed her name to Melania Knauss when she started modeling.

Trump’s new proposal is expected to meet resistance on Capital Hill from some members of his own party, who are working on their own immigration plans.