Nailed It! Host Nicole Byer Calls Out Netflix for ”F–ked Up and Disrespectful” Advertising 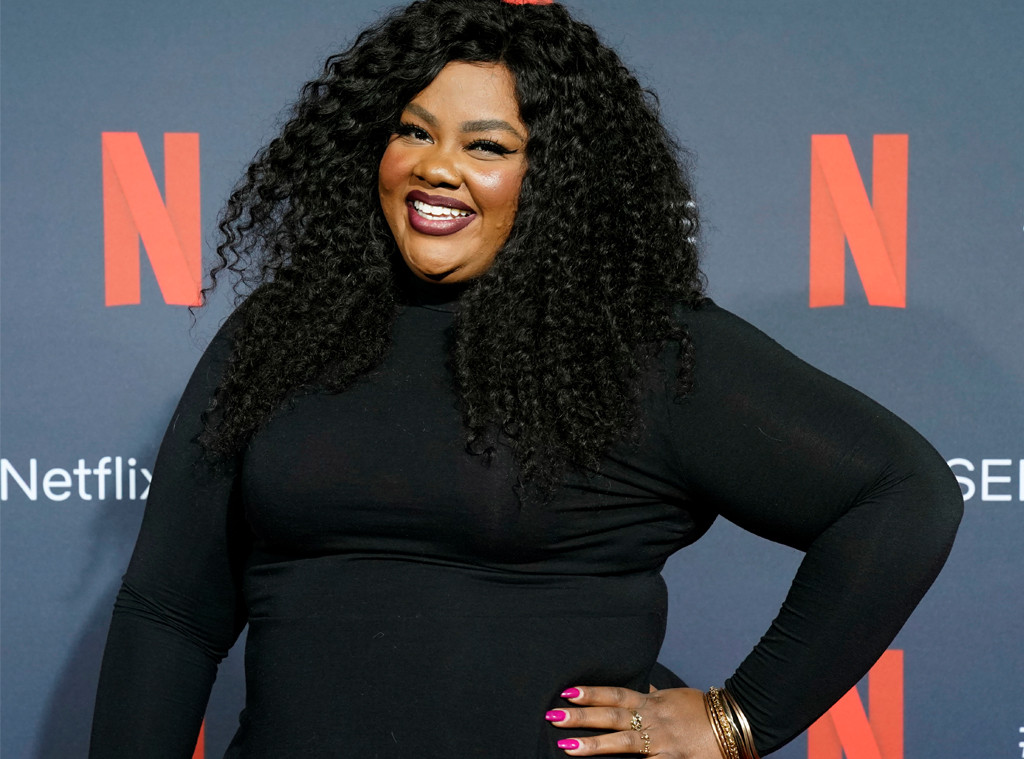 Netflix can’t really say “Nailed it!” after Nailed It! host Nicole Byer called out the streaming service on Twitter.

On Tuesday, a Twitter user named @dylsauce tweeted an image of a Netflix thumbnail for the hit baking show and made some comments about the people in the photo. dylsauce wrote, “i remember reading somewhere that @netflix puts men on the thumbnails of shows and movies a lot, but yo – this is NUTS. @nicolebyer IS NAILED IT. I love wes and chef jacques but COME ON – this is so upsetting.”

The thumbnail that was tweeted doesn’t include a photo of Byer, but rather head judge Jacques Torres and assistant director Weston Bahr (lovingly known as Wes on the show). Both Jacques and Wes are white men, whereas Nicole is black.

Nailed It! is a competition among amateur bakers who attempt to replicate extremely complex-looking cakes and other desserts. Often times, it doesn’t go very well. “It’s edible” is usually the highest praise and if Chef Jacques doesn’t spit out his cake, then it’s a really good day.

Wes and Jacques both have pivotal roles on the show, with Jacques providing baking advice (ex: how to use molding chocolate) while Wes brings out the baker’s hat and other prizes. Byer, on the other hand, is the hilarious host of the show who spews out more NSFW comments than the bakers know what to do with. She took to Twitter on Tuesday night to address the concerns over the thumbnail image, but deleted her messages not long after.

In one of her first now-deleted tweets, she wrote, “If Netflix didn’t sign my checks and give me a huge platform and opportunity to showcase my comedy. I would talk about how f–ked up and disrespectful this is to me a black woman. Also how black women are a lot of times erased from many different conversations.”

The comedian wrote in a subsequent tweet, “I would talk about how it makes me know my true value as the host of the show where I work incredibly hard to elevate the material given to me. Lot of moments people love are improvised.”

She continued, “I would talk about how this essentially white washing for more views. But they sign my checks and I’m honestly so happy and greatful [sic] to and for the show and no sarcasm I love my job and wish to keep it so I’ll be quiet.”

Her last note read, “To be clear. I know there are thumbnails with and without my face… This one just seems for lack of a better word deliberate. Again I love my job.”

Not long after deleting all of her tweets about this, the 32-year-old clarified her comments and shared that she spoke about the thumbnail situation with Netflix.

“I deleted my last set of tweets bc I talked to one the execs on my show about it and the thrilling conclusion is the removal of the image and a conversation about how the thumbnails are made and selected that I’m happy with,” she wrote.

The original tweet has also been deleted. The initial Twitter user replied to Byer’s most recent tweet, “I’m glad it came to a good resolution! I’ll delete the original tweet. thank you for all your hilarious work and keep up the great work!”

I deleted my last set of tweets bc I talked to one the execs on my show about it and the thrilling conclusion is the removal of the image and a conversation about how the thumbnails are made and selected that I’m happy with.

In 2016, Netflix wrote a blog post where they explained how they choose thumbnails for the shows and the science behind it. That image that you see while scrolling and deciding what to watch is extremely deliberate. An earlier study found that people spend less than 2 seconds on average looking at the title of a show, therefore the image must be enticing enough to draw the viewer in. According to the streaming service, photos with faces often elicit the greatest return because “humans are hardwired to respond to faces.”

However, too many faces can cause some problems. The success “dramatically dropped” when a thumbnail had more than three people in it.

It turns out that people respond very well to “villainous characters” as well.