My Best Friend’s Wedding Cast Reunites: 6 Things We Never Knew About the Movie 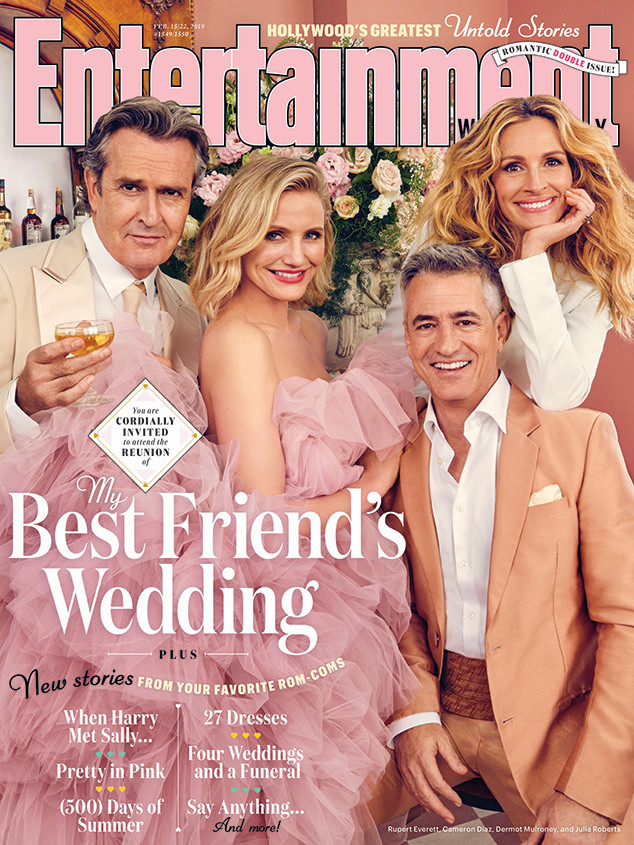 It’s the pop culture reunion 22 years in the making.

As Entertainment Weekly released their romantic comedy issue this morning, fans were delighted to see the cast of My Best Friend’s Wedding together again.

And yes, they shared some new secrets about the beloved rom-com that remains a classic today.

If you think you’re an expert on the 1997 flick, you have to be careful. The cast is sharing new details about what really went down behind-the-scenes in the issue available Friday.

So what are you waiting for? Here’s what you never knew about the rom-com. 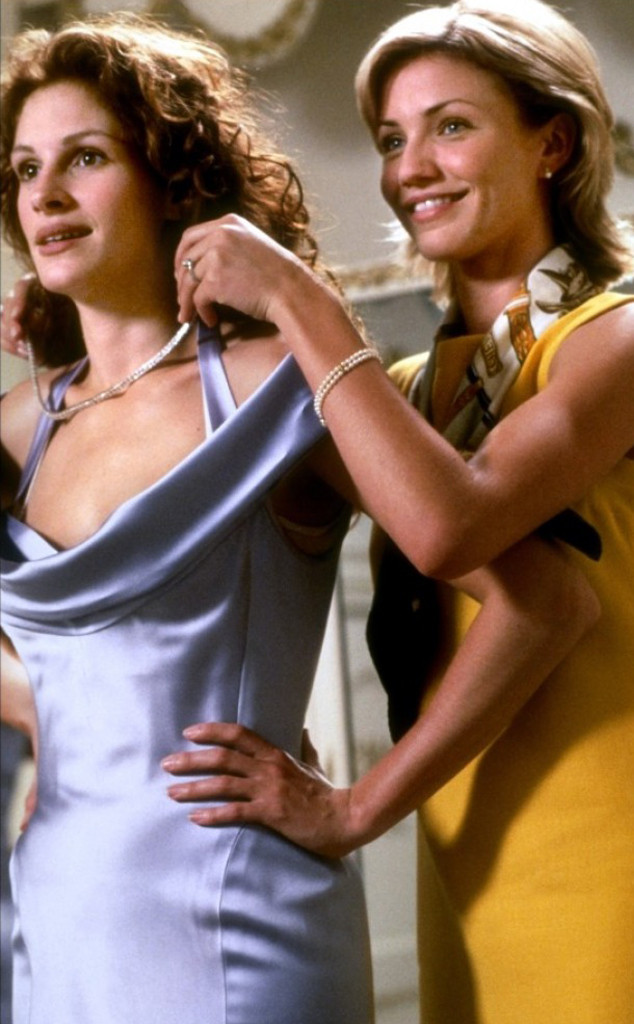 Where Are Michael and Kimmy Today: If you ask the cast, many believe they are still together and stronger than ever. “It supports the whole theory that it’s the right girl for him, right guy for her, you know?” Dermot explained to the publication. Rupert added, “I think George and Julianne are a little bit like Will and Grace.” Nothing wrong with that.

First Impressions: After filming concluded on My Best Friend’s Wedding, EW reports that test screenings received some harsh reviews. As a result, the film’s ending and a bathroom encounter between Julianne and Kimmy underwent some serious changes. “The focus group didn’t want Julianne to have a happy ending. They still hadn’t forgiven her,” director P.J. Hogan explained. “They just weren’t ready for her to end up in the arms of another guy. I thought the answer was George, because the film really worked when Rupert was on camera. Rupert and Julia’s chemistry is so great.”

Taking the Stage: Remember that special karaoke scene between Julianne, Michael and Kimmy? As it turns out, Cameron was genuinely scared to do it. “I was terrified to do that scene, for real. I allowed the true terror of singing in front of people to be alive in me,” she explained. “I wanted to run and hide, and Dermot kept me there. He said, ‘You can do it, you can do it.’ In the scene I’m just staring at him the whole time because he’s looking at me like, ‘You’re okay. You’re not gonna die.’ And I was like, ‘But I’m dying.'”

Buckle Up: Many moviegoers enjoyed the scene where Julianne and Michael took a ferry ride around Chicago after visiting the seafood restaurant. As it turns out, many fans accidently disrupted filming. “We’re going under numerous bridges, so pretty much every bridge or maybe every other, somebody leans down and yells, ‘Julia!’ during the filming. We’d either pause or just blaze through like you do,” Dermot shared. “Then, like the eighth trip down the river somebody yells, ‘Hey, Dermot!’ and I was like, ‘Yes!’ I look up and it’s, like, a friend from college, which didn’t really count. I go, ‘Hi, John.'”

Celebs Love it Too: Wanna know who is “obsessed” with the movie? Cameron’s sister-in-law Nicole Richie. “We went to Chicago, like, a year and a half ago, and she took me to every single [location]. She’s like, ‘Remember when you were walking down the street right here and then…’ It was so much fun,” Cameron recalled. “I was like, ‘Yes, I think I do.’ She’s like, ‘I do, and it really means a lot to me, so I would like for you to pretend like you do.'” LOL!

Hesitation: When Rupert first got the part, he revealed that there were “literally two lines in the script.” As a result, he thought early on that it could be a “career-icide” move. “I kept saying, ‘P.J., what can I do?’ There’s nothing I can do and so I came in with quite a bad attitude, in a way. What was the point, I thought. But it was a complete changing point for me,” he explained. “But we all got on so well straightaway. And everybody clicked on screen straightaway, and you could feel that. And for me, it was magical. But the last time I saw it, it kind of made me cry just thinking of how magic that time was, that summer.”