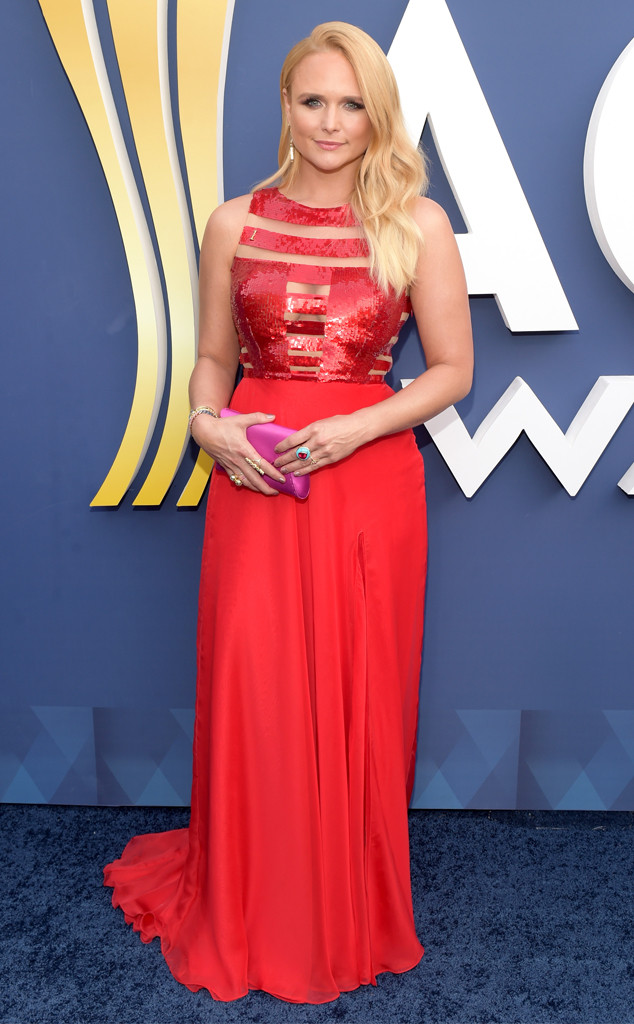 Red is looking good on you, Miranda Lambert.

Just a couple weeks after reports surfaced claiming the “Over You” singer and Anderson East had quietly split, fans were delighted to see one of country music’s biggest female stars back on the red carpet.

While attending the 2018 Academy of Country Music Awards in Las Vegas, Miranda stepped out wearing a red Georges Chakra sleeveless gown with a purple clutch.

She also accessorized her look with a variety of jewelry pieces including a colorful ring on her left hand.

Miranda’s award show appearance comes shortly after reportedly breaking up with Anderson after being together for more than two years.

While the pair hasn’t commented on their breakup, rumors of trouble first swirled after both artists stopped sharing images of each other on social media.

Ultimately, a split won’t stop both of these artists from focusing on their successful careers. For Miranda specifically, she is nominated for several awards including Female Vocalist of the Year, Song of the Year and Video of the Year.

She’s also hitting the road this summer with Little Big Town as part of The Bandwagon Tour. Life isn’t so bad at all.