Look Back at All of Mindy Kaling and B.J. Novak’s Most Hilarious (and Sweet) BFF Moments

Over the years, we’ve been gifted with many great Hollywood friendships. There’s Michelle Williams and Busy Philipps, Nina Dobrev and Julianne Hough, Matt Damon and Ben Affleck and so many more. One of the greatest of them all however, would have to be Mindy Kaling and B.J. Novak.

These two have been friends for what seems like forever and we can’t get enough of them. Even when they argue—like over the Yanny/Laurel debate—they are one of the best duos around.

Because we love these BFFs and because they recently threatened to end their dynamic duo status—as a joke, don’t worry—we had to shine a light on their epic friendship. Seriously, we don’t know what we’d do without these two actors being such great friends. They are always there for one another, laugh at each other’s jokes, and are just as invested in those maddening pop culture crazes as we are.

Check out Kaling and Novak’s hilarious and sweet BFF moments below! 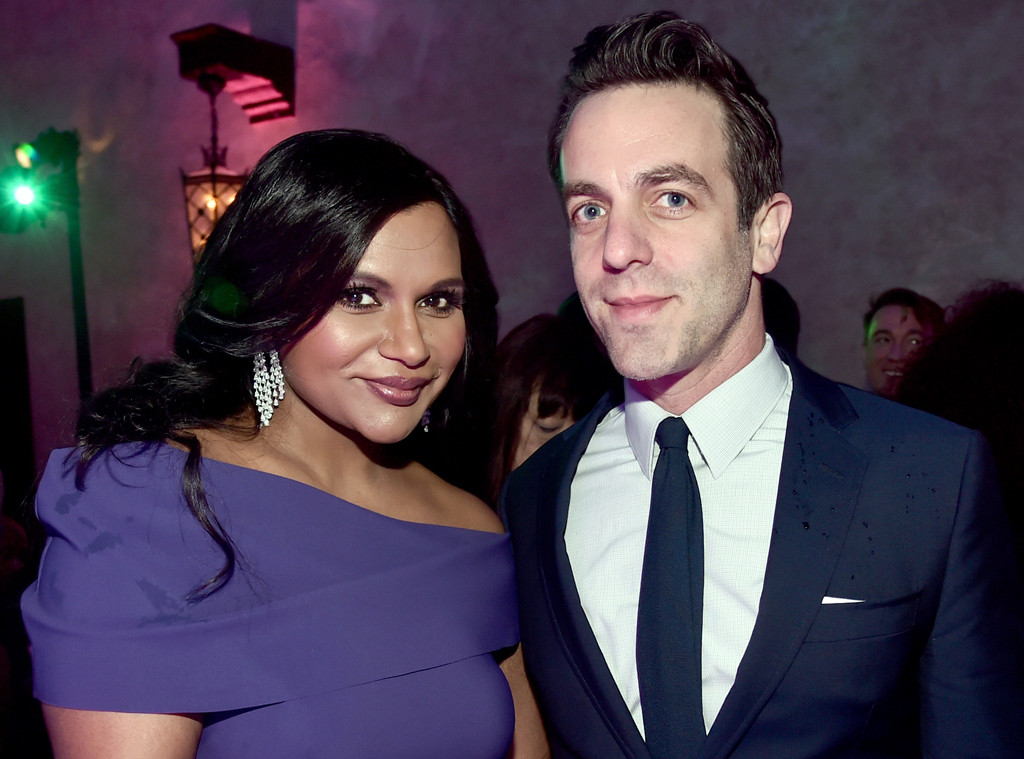 It’s a tale as old as time: one friend asks another a question, they give the wrong answer and life is never the same. After the Internet was shook from the most recent social media craze called the Yanny/Laurel debate, Kaling and Novak got in on the action.

Kaling asked Novak if he’d heard the voice clip, which to some sounds like “yanny” and to others sounds like “laurel” and when he replied with the opposite answer, she threatened to end their friendship. “Hey. We’ve had a long friendship. You mean a lot to me. But if you don’t hear Yanny, it’s over,” she said after finding out Novak heard laurel. “You have to be kidding me,” Novak quipped. “Who hears Yanny?” Kaling quickly replied, “I DO.”

The Yanny/Laurel debate isn’t the first time these two pals didn’t see eye to eye. In fact, back in 2015 when the great dress debate happened, they were on opposite sides of the color spectrum. Novak said the dress was white and gold and Kaling thought it was blue and black. This led to a Twitter war where Kaling called out Novak’s answer saying, “ARE YOU INSANE.”

The Mindy Project alum and her BFF don’t always argue on social media. In fact, sometimes they send each other gifts because they are the cutest best friends. Recently, Kaling had her first day filming her new movie, Late Night and Novak sent her flowers to commemorate the occasion. “Congrats on Day 1. Love B,” the note that accompanied the white roses said.

When I met @mindykaling she lived in a small apartment on Fairfax Ave. This is what’s in front of that building today. Congrats Mindy and a future congrats to all those who see you in it and are inspired to do great things. @WrinkleInTime pic.twitter.com/tGpwA9mBsQ

A Wrinkle in Time Shout Out

Novak is clearly a top-notch friend because he always finds sweet ways to make Kaling feel special. When he walked by a poster of Kaling for her film A Wrinkle in Time in March, he posted it on Twitter with the nicest message ever. “When I met @mindykaling she lived in a small apartment on Fairfax Ave. This is what’s in front of that building today. Congrats Mindy and a future congrats to all those who see you in it and are inspired to do great things,” he tweeted.

Even though their romantic relationship didn’t work out, these two have a strong and real friendship. Sure, it seems a little weird, but they are honest about the fact that being close friends is just what they do, even if it doesn’t make sense.

“I will freely admit: My relationship with B.J. Novak is weird as hell,” Kaling told InStyle in 2015. “He is not my boyfriend, but he is not my best friend. I guess you could describe our relationship as a ‘romantically charged camaraderie with loud arguments,’ but I don’t think Facebook would accept this as a new status.”

In 2015, Kaling told Good Housekeeping that she’s not exactly fans of being friends with an ex, but Novak doesn’t fit that category. “I’m definitely not in the friends-with-my-exes camp,” she said. “But B.J. has the stamp for life as a friend.” Plus, her Office co-star had her mom’s seal of approval, so he’s a lifer. “My mom loved him,” she added. “He feels like family.”

When Novak’s book One More Thing came out, Kaling promoted it on her Instagram account because that’s what friends are for. To make this book even better, Novak gave Kaling her own line in the acknowledgements. “Mindy Kaling gets her own line in the acknowledgments, as previously negotiated by her representatives. Thanks, Mindy. I love you and you’re the best,” he wrote. Novak then showed up at one of Kaling’s book signings because being book buddies goes both ways.

Twitter has given us a lot of great things, but the conversations between Novak and Kaling might be the best of them all. Seriously, we can’t stop reading their hilarious Twitter exchanges.

Selfies Are for Besties

When push comes to shove, these friends light up our life with their awesome selfie game. It’s not wonderful and that’s what makes it great. Any photo of these two together is fine by us!

Plus Ones for Life

Even though a plus one is usually a significant other, when it comes to these two, it’s always reserved for their bestie. Over the years, this duo has been one another’s dates on numerous occasions. Most recently, they were seen at Vanity Fair‘s 2018 Oscars After-Party and rocked the red carpet side-by-side.

Would Kaling and Novak be an adorable couple? Yes, obviously, but we will take their adorable friendship over an on-and-off romance any day!