Letter from Africa: How a teenager risked all for a life in limbo

In our series of letters from African journalists, Ismail Einashe tries to find out what made a young Gambian risk his life to reach Europe.

Ever since the “migrant crisis” hit international headlines in 2015 I have spent most summers in southern Italy hearing the stories of young migrants who had survived the migration trail north – the human traffickers, torture, the Libyan civil war and the dangerous sea crossings on dinghies across the Mediterranean to Italy.

Most of those who came were aged between 15 and 19. Most were from West Africa – Nigerians, Ivoirians and Senegalese.

But many had also come from The Gambia – the smallest country in mainland Africa.

After so many years of hearing the stories of young Gambians, I wanted to travel to The Gambia itself. I wanted to meet the families, friends, to visit the places they called home.

In particular I wanted to take back a message from one young Gambian I had interviewed in Italy, Taka.

I took photos and messages for the family he had left behind. It had been years since he had seen his family.

I first met Taka when he was 17 on a humid June afternoon in Palermo in 2016.

“Taka” was his chosen nickname. His real name was Babucarr Bojang and he had survived a horrendous journey, arriving on a dingy in Sicily.

During those first few days in Palermo, he walked around with a big smile, because for a Gambian, to be in Europe was a big deal.

I stayed in touch with Taka over the years as he learnt Italian in Palermo and survived the cycle of boredom, isolation, unemployment that defines the lives of many young African migrants in Italy stuck in limbo.

Many months would go past without my hearing from him and then out of the blue I would get a message saying: “How are you dear?”

But as the years went by, getting the occasional message with “dear” became a reassurance to me.

I had interviewed many young African migrants like Taka over the years and the consequence was that I ended up developing close connections with them, which over the years have become a key part of my reporting arsenal.

So after years reporting on the experiences of young Gambians like Taka in Italy, I decided it was time for me to travel to The Gambia to tell their stories from the other side.

I arrived on a sticky, humid afternoon in Tujereng in western Gambia to meet Taka’s family.

His older brother Lamin Bojang had arranged for a taxi to pick me up from Serekunda – the largest urban area in the country.

We drove for an hour past lush greenery, before arriving in this small town, home to Taka’s large family, who greeted me like a prodigal son.

Lamin told me how Taka was lured by local traffickers to Europe.

Taka had told no-one he was planning to head to Europe. He only called his family when he needed money to pay his traffickers.

I discovered a friendly, but poor country – and most certainly no country for young men, who have very few opportunities. The lure of Europe, the continent of “haves”, is powerful.

Such is the nature of Facebook that those who have made it to Europe mainly post images of themselves enjoying the good life – rarely showing the difficulties they face. This often prompts their friends back home to risk death for a taste of such success.

Taka’s mother got emotional when she saw me. She hugged me and held my hands tightly.

She said that hugging me was like touching the son she had not seen in years.

I spent the day with his family at their home, eating a hearty fish lunch they had prepared and drinking cold sodas.

His father sat on a chair besides me with prayer beads in his hands uttering Koranic prayers under his breath.

I showed them the photos I had taken of Taka in Palermo. I had made recordings too of him and I shared these with his younger siblings, who were mesmerised.

I told them he wanted me to say that he was safe and happy in Europe.

Lamin took me aside, and told me to look after his brother.

Every few months now I get a WhatsApp message from Lamin telling me to give Taka “good advice”.

I returned to Europe eager to tell Taka about his family with photos and recordings his family had made for him.

We had planned to meet in Palermo. But he was nowhere to be seen.

He had disappeared from the shelter he lived in. I was worried. I kept calling his phone, but no answer.

Then after a few days I got a call from an unrecognised number from Malta.

The line was patchy. Taka told me that after spending years in limbo in Sicily, he had got fed up and decided to leave.

Taka told me life in Sicily was hard because he could not find work and when he finally got his immigration papers in Italy he felt the best thing he could do was to travel to Malta to look for work.

He met a man who helped him get a ticket from Palermo to Malta, and promised a job.

But once there the man disappeared. He had nowhere to go.

He was frightened and upset as I spoke to him. He was now homeless; once again stranded in a new country. 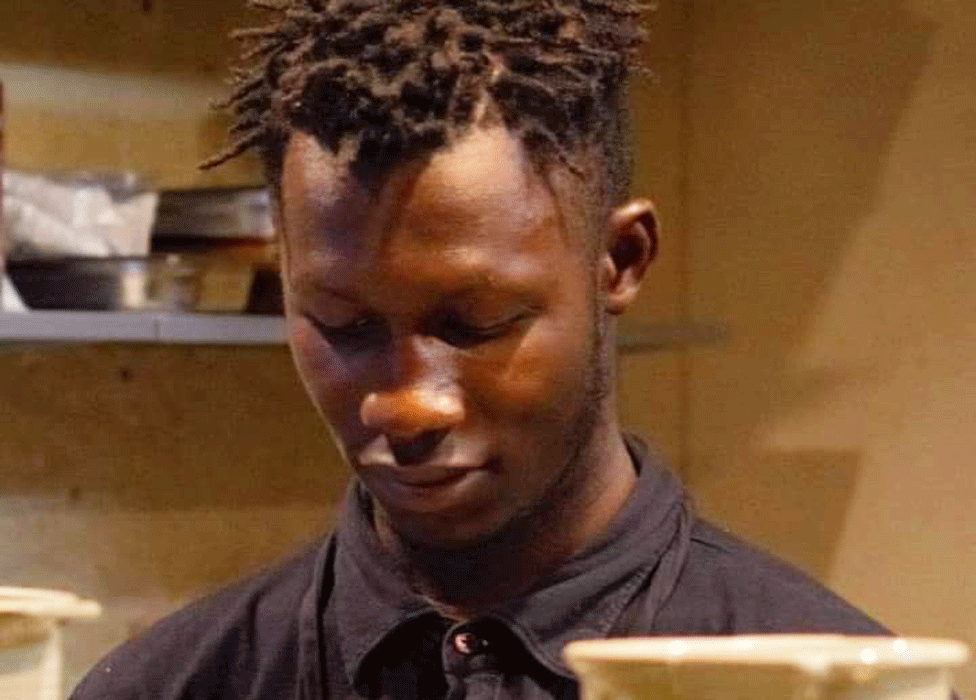 The gamble paid off for Taka, who is now working in a restaurant”

So rather than give him the information I had collected about his family, I was instead frantically on the phone to a Catholic charity in Valetta, Malta’s capital, trying to get him a room for the night.

Eventually he was picked up by the charity and given shelter.

The gamble paid off for Taka, who is now working in a restaurant.

He recently sent me a few snaps of himself in the kitchen of the restaurant he works in chopping up vegetables, looking happy and even sporting a new hairstyle with slick neat short dreads.

You can sense his relief that he can now help his family financially, which is why he took the risk of leaving Sicily where jobs are scarce even for locals.

Nonetheless he has learnt about the dangers that await young Gambians in Europe.

Before I left for The Gambia, he told me to inform young Gambians about these risks to dispel their rose-tinted image of what Europe would be like.

In the end I did manage to share the images, stories I had collected about his family in The Gambia via WhatsApp, though to date we have not met up in person. But I do hope to visit Taka in Malta soon.

A note on terminology: The BBC uses the term migrant to refer to all people on the move who have yet to complete the legal process of claiming asylum. This group includes people fleeing war-torn countries, who are likely to be granted refugee status, as well as people who are seeking jobs and better lives, who governments are likely to rule are economic migrants.