Momma Bear Khloe Kardashian isn’t going to let people get away with insulting her 2 and 1/2-month-old daughter, True Thompson.

On Friday, the 34-year-old Keeping Up With the Kardashians star fired back at a Twitter troll who wrote, “Is it just me or is @khloekardashdian baby, True, not cute at all?”

“What self-respecting adult would even comment on a child’s appearance?” Khloe tweeted in response. “What type of disgusting human being are you? It’s pathetic that you are this miserable in your life.”

“She’s a loser for that,” Khloe said. “No respect for people like that. People are entitled to their own opinions and feelings but why on earth would you tweet that and if you must why would you tag me?”

Khloe, who has often posted images of her and Tristan Thompson‘s daughter, had recently posted on Snapchat a new video of herself playing with True.

“Aww @khloekardashian her little smile!!” one fan wrote on Twitter.

“Sorry but… she looks like Tristan,” another user wrote. 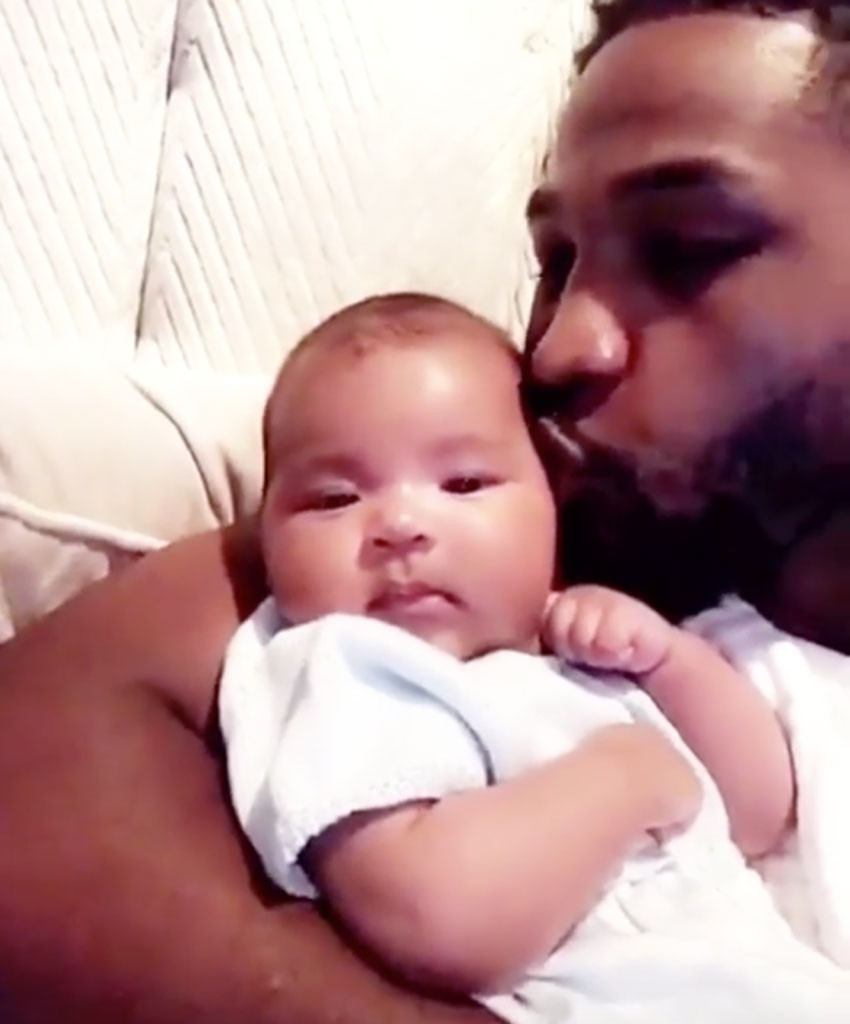 True is Tristan’s second child and first daughter. He also has a 1 and 1/2-year-old son, Prince, from a previous relationship.

Another user commented that True looks like her big brother in the photo that the other fan had posted.

“Daddy’s genes are strong!” Khloe said. “They are both beautiful sweet babies!”

The reality star and Good American apparel designer recently returned to work after maternity leave. She said on social media she was feeling anxious about leaving True.

Khloe posted selfie videos from work on her Snapchat, saying she was “surviving” her first day back at Good American and adding, “I’m very grateful because Tristan is being a great daddy and he has done all the feedings while I am gone, so shout-out to all the good dads out there.”

She also posted a new video of herself playing with True.

“My first day was actually great! I stayed really busy and I knew True was in great hands. But I was so excited to get home to her. This heat is absolutely wild! We all must stay hydrated,” Khloe tweeted.

“Oh my goodness it was so awesome being able to see her this afternoon!” Khloe said. “Is the longest I’ve ever been away from her. And it was so sweet to have her smiling when she saw me.”

Watch a new season of Keeping Up With the Kardashians on August 5 at 9/8c only on E!