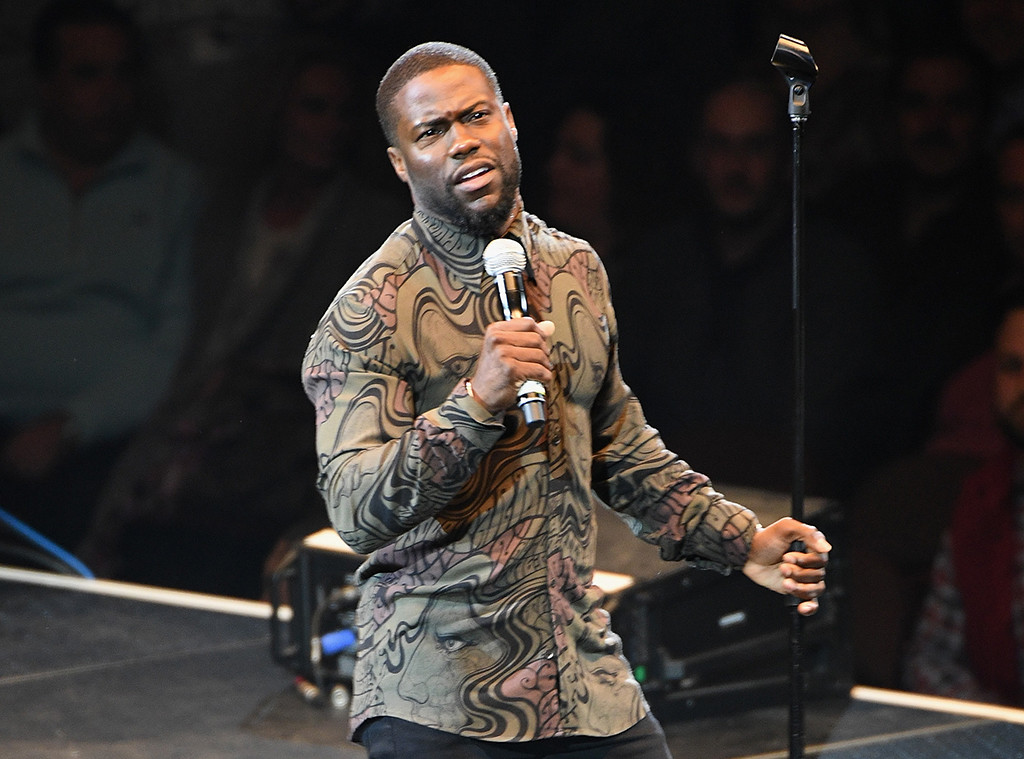 
It’s no joke that Kevin Hart is extremely funny.

So, it makes total sense that he won the award for Comedy Act of 2018 at the E! People’s Choice Awards!

Jeannie Mai annnounced Hart’s big win during Live From the Red Carpet, and introduced a video message the comedian sent in, happily holding his trophy.

The actor exclaimed that the honor is “huge” for him, and ragged on Dwayne Johnsonin the process.

“I’m better than Dwayne ‘The Rock’ Johnson, no denying that. In your face. People don’t like you, they like me,” he said.

“With that being said, I’d like to thank all the people that voted for me. I’ve gotta thank just in general, the awards in general,” Hart added. “You guys have forever embraced me. You’ve shown me love. Thank you guys. So dope. I can’t believe it. Another People’s Choice Awards.”

Naturally, he also managed to throw a joke in his acceptance speech.

This amazing honor certainly means a lot, because Hart was up against big names like Tiffany Haddish, Amy Schumer, Ali Wong, and Marlon Wayans.

The comedian certainly had a killer year to back up this victory.

In December, the acclaimed actor starred in Jumanji: Welcome to the Jungle alongside Dwayne Johnson, Jack Black, and Karen Gillan, and the fun flick was a total smash at the box office.

In April, it was even revealed that the film had beat out the 2002 movie Spider-Man as Sony’s highest-grossing film domestically. We’re sure Hart’s comedic prowess definitely played a part in that stellar cinematic success!

This year he also starred alongside fellow finalist Haddish in the movie Night School, and snagged a ten-episode hosting gig for the CBS competition show TKO: Total Knock Out.

Hart’s had us in stitches all year, so he definitely deserved to win Comedy Act of 2018.

Check out the rest of the 2018 E! People’s Choice Awards winners here.