Jamie Dornan is now a father of three daughters!

Warner confirmed the news on Sunday, which is Mother’s Day in the U.K. She posted on her Instagram page a photo of three pairs of child’s shoes and wrote, “So proud of these three glorious girls, it’s an honour being their mummy..feeling incredibly lucky today #happymothersday.”

“Part of me feels like [I need] to put a cork in it after this,” Dornan had said on Jimmy Kimmel Live! last year, two weeks after confirming Amelia’s latest pregnancy. “But then alternatively, I feel like we make really great kids. I may just—if my wife’s willing—do it until we can’t do it anymore.”

In November, Dornan told E! News that he would be delighted with either a new daughter or son, and said his girls could not wait to be big sisters.

Also last year, Dornan opened up about fatherhood in an interview with the Sunday Times. 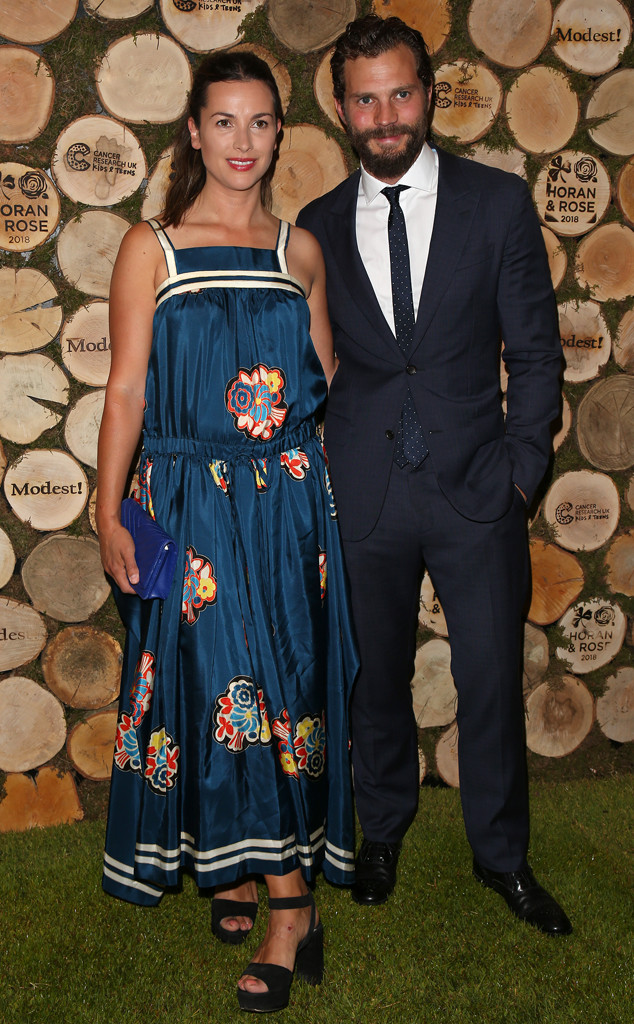 “Being a dad is the best,” he said. “I feel a healthy and lovely duty to provide for my kids, and I really like it. It suits me. Making my kids happy is a good thing for my wife and me to be driven by.”

In 2016, Dornan talked about his and Warner’s eldest daughters on Live! With Kelly. When guest co-host Nick Lachey asked him if would like to have a third child, a boy, the actor said, “I mean, I always thought I’d want a boy because, I dunno, I just think as a guy, you just think, ‘Oh, I’ll have a little like mini-version of myself,’ or something, in a sort of narcissistic way.”