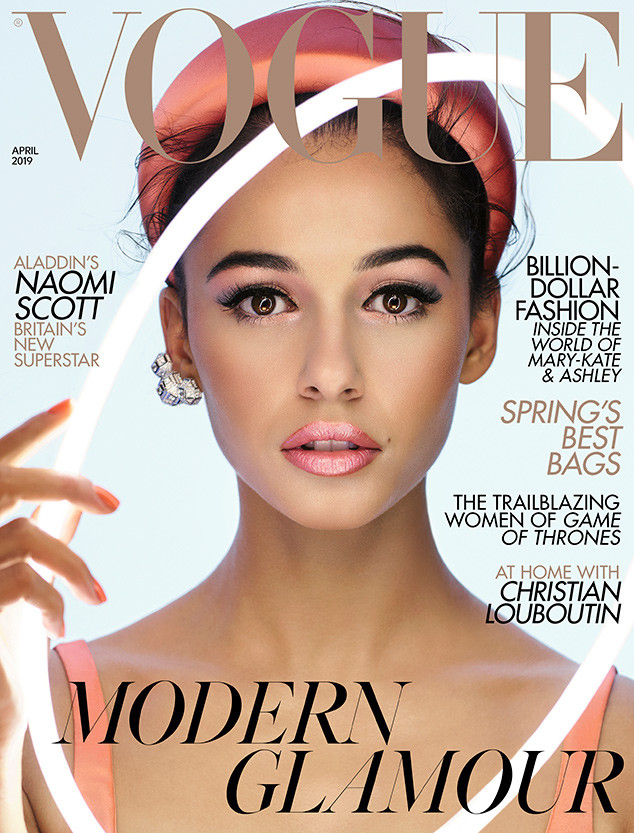 Naomi Scott is about to open up a whole new world for Disney fans.

The 25-year-old actress is playing Princess Jasmine in the 2019 remake of Aladdin. However, she wanted to give the character a fresh, new spin.

“I saw her as a young woman, not a teenager, with a mature strength that can cut you down,” Scott told British Vogue for its April issue. “So I said to them, ‘Just to let you know, I want to play her strong, and if that’s not what you’re looking for, that’s OK, but it’s not for me.'”

While scoring the role of the popular princess may seem like a wish come true, Scott insisted her road to stardom wasn’t easy.

Not only is she starring alongside Will Smith and Mena Massoud in the film—who play the Genie and Aladdin, respectively—but she’s also set to star in the 2019 version of Charlie’s Angels alongside Kristen Stewart and Ella Balinska. Once again, she’s giving her character a brand-new take.

“[It’s] about women at work. You don’t see much about their personal lives or who they’re dating. It’s about the agency going global, getting into intelligence and tech, whistleblowing,” she explained. “You don’t see bikini shots of their bums.”

To read more of Scott’s interview, check out the April issue of British Vogue.