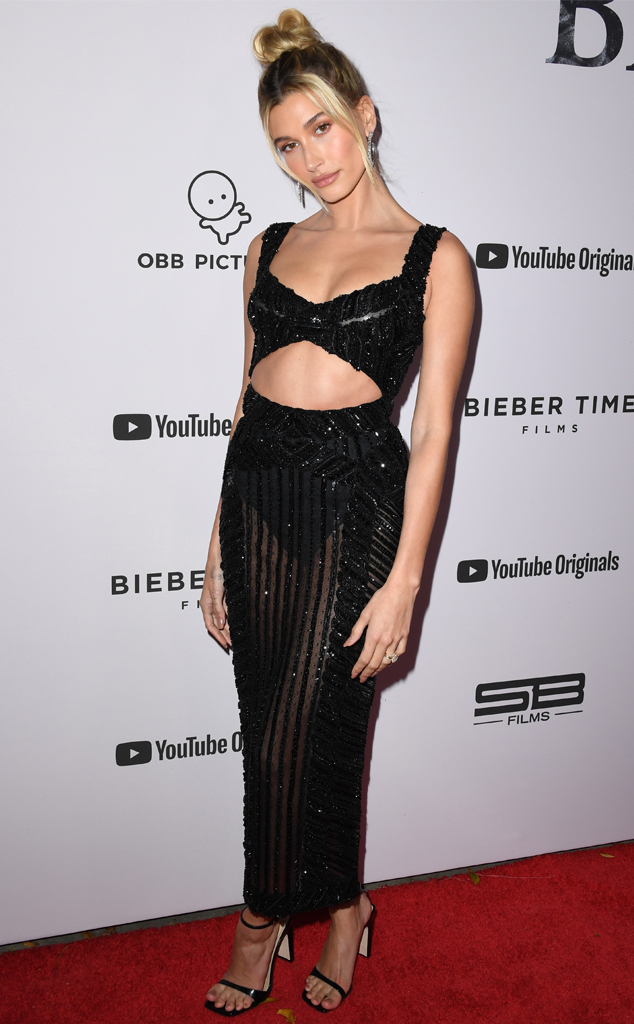 Hailey Bieber is clearing the air about something unexpected.

On Tuesday night, the model took to her Instagram Story to talk about her pinky fingers. The original story consisted of three photos, but the middle one has since been deleted. But they were all about her crooked pinky fingers that the star claims she is frequently “roasted” for.

In her first photo (which still remains on her story), the 23-year-old shared a photo of her left hand (her dazzling engagement and wedding rings clearly visible) and said, “ok let’s get into the pinky conversation… because I’ve made fun of myself about this for forever so I might as well just tell everyone else why they’re so crooked and scary.”

According to DailyMail.com, the since deleted second post revealed she has a genetic disorder that causes the two fingers to be crooked. She shared a screenshot of the disorder’s Wikipedia page along with the caption, “I have this thing called Ectrodactyly.”

“And it causes my pinky fingers to look the way they do,” she continued. “It’s genetic, I’ve had it my whole life. So people can stop asking me ‘WTF is wrong with her pinky fingers’ here is what’s wrong! Lol.”

In her last post, which featured no photo and was not deleted from her story, Bieber wrote, “so in conclusion please stop roasting me about my pinky fingers.” 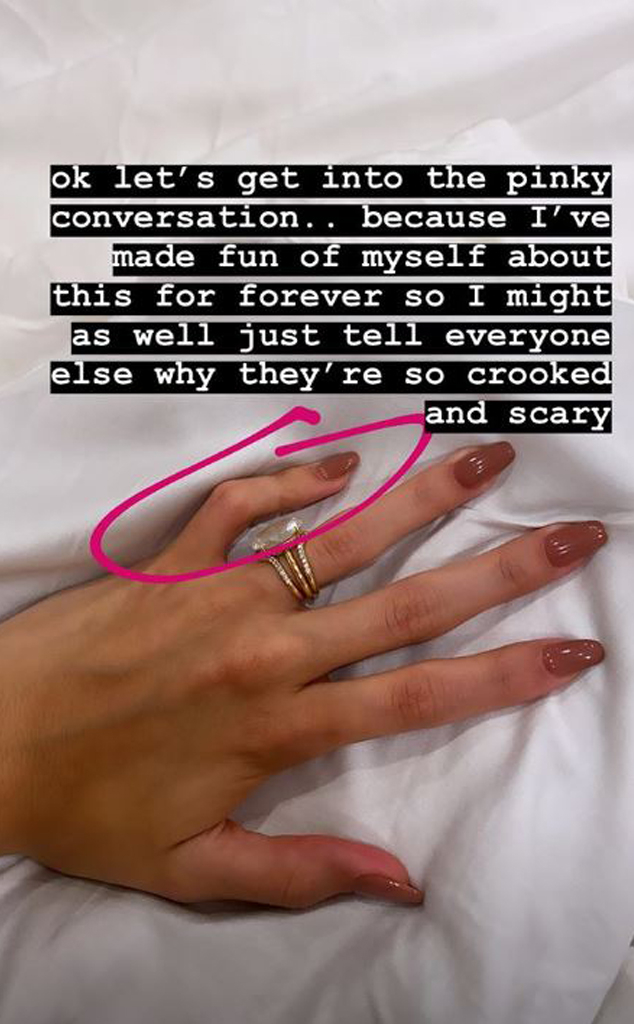 It’s not clear how frequently these “roasts” of her fingers came, but it clearly was enough for the star to feel the need to address it on the social media site.

Earlier this week, the star attended the world premiere of Seasons, Justin Bieber‘s new YouTube documentary series. She and her husband were all over each other on their first red carpet as a married couple, and honestly, they looked way too in love for Bieber to be distracted by how her pinkys looked.

The supermodel plays a big role in the series herself, as it documents the last few years of the “Yummy” singer’s life, which included the couple’s engagement and wedding.

In the second episode of the series, Bieber broke down exactly why she was so proud of her man and all the work he put into the creation of his upcoming fifth album, Changes (out Feb. 14).

“I just enjoy the energy that goes into it,” she says.

As the star continues, “We turn it into a really fun process. You know we brought friends around, people kind of just hang and I don’t know, I just feel at home wherever he is, so if he is holed up in the studio that feels like home to me.”

A home where (just like anywhere else) crooked pinkys are nothing to worry about.