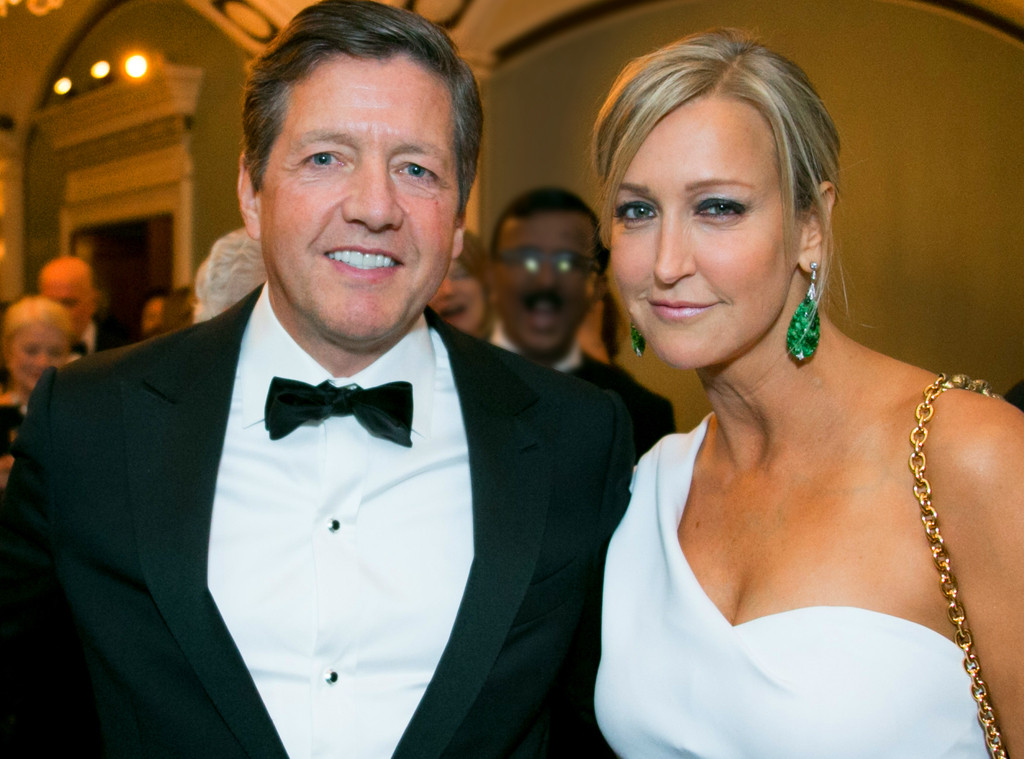 Spencer and Rick McVey tied the knot in Vail, Colo., E! News can confirm. The bride wore an Adam Zohar Bridal gown and was accompanied down the aisle by her son, Duff Haffenreffer. A source told E! News that all five kids (McVey has three, Spencer two) gave lovely readings at the ceremony.

Zohar spoke with E! News about the dress design and the fast turnaround time for the bride-to-be. The Israeli designer got a call from his shop in New York needing a dress for Spencer as soon as possible because her original wasn’t exactly what she ordered. Zohar explained they needed the dress in one week, but the fabric takes seven months to create. It was, however, Spencer’s lucky day. “We actually had just enough fabric for one dress for Lara Spencer,” he told E! News.

“In one week we created a new dress and shipped it to New York,” he said. “And she’s happy.”

Zohar and Spencer never even met in person, but she knew exactly what type of dress from his collection she wanted. The wedding dress is nude, high-neck and open-backed. The dress is “kind of mermaid” because the lace flows down at the bottom. The lace flowers on the gown were sewn by hand.

The newlyweds announced their engagement in January after meeting each other about two years ago when they were set up on a blind date by a friend. McVey is the founder and CEO of the electronic trading company MarketAxess.

The family was all smiles in the days leading up to the ceremony. Before walking down the aisle, the TV host shared photos of herself with her kids, Duff and Katharine Haffenreffer, as well as a picture of herself biking with her soon-to-be husband.

Their Colorado wedding topped off a travel-filled summer for McVey and Spencer. In June, the newlyweds were back in Vail for a wedding planning weekend and enjoyed an Eagles cover band concert together. They also went overseas and enjoyed the beautiful beaches of Mykonos, Greece together.

Spencer was previously married to former CNN reporter and current real estate broker, David Haffenreffer, from 2000-2015. They finalized their divorce in June 2015 and told Page Six at the time that their two kids “remain our top priority.”

People was the first to report the news.