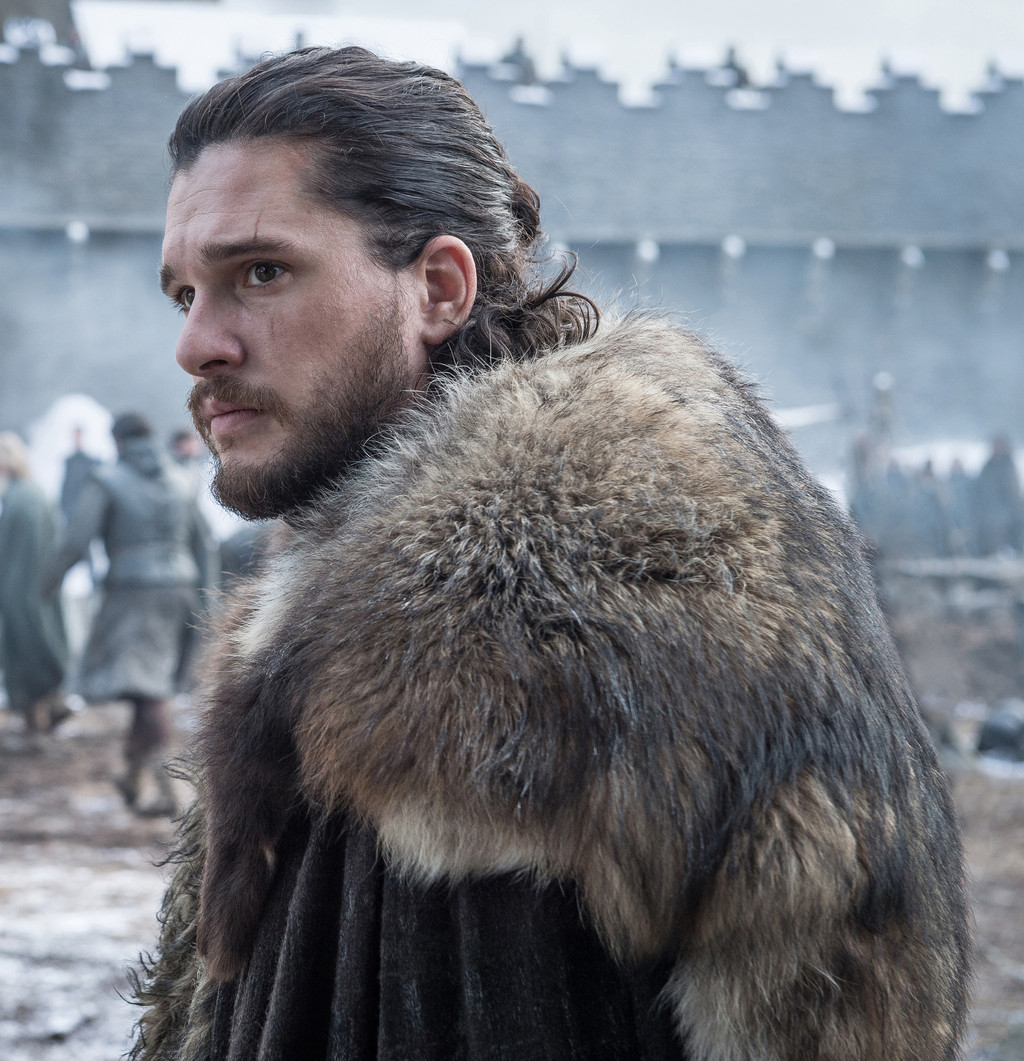 So, it seems the episode you’ve been waiting for in the final season of Game of Thrones, the episode that features pretty much all your favorite characters together, fighting the Night King’s army, was pretty much hell to shoot.

“It was the most unpleasant experience I’ve had on Thrones,” Iain Glen, Ser Jorah Mormont on Game of Thrones, told EW. “A real test, really miserable. You get to sleep at seven in the morning and when you wake in the midday you’re still so spent you can’t really do anything, and then you’re back. You have no life outside it. You have an absolute f—ked bunch of actors. But without getting too method [acting] about it, on screen it bleeds through to the reality of the Thrones world.”

It’s reportedly one of the biggest battle sequences every to be captured on film. Don’t say Game of Thrones is skimping on you with just six episodes in the final season.

Find out more on what’s ahead for the Westeros crew below.

The episode that is set to amaze audiences is also the first big battle for Arya Stark. Maisie Williams was told to start training a year before it. “But nothing can prepare you for how physically draining it is. It’s night after night, and again and again, and it just doesn’t stop. You can’t get sick, and you have to look out for yourself because there’s so much to do that nobody else can do… there are moments you’re just broken as a human and just want to cry,” she told EW.

Bring on the Funny

“The fans will not be let down,” director David Nutter told EW. “There are a lot of firsts in these episodes. There’s the funniest sequence I’ve ever shot on this show, the most emotional and compelling scene I’ve ever shot, and there’s one scene where there’s so many [major characters] together it feels like you’re watching a superhero movie.”

There Was Intense Security

“I mean, we wouldn’t get anything physical. We would have it on an app. We would get sent sides for the scene [we were shooting] the next day. So we would have to learn it all the day before,” series star Sophie Turner told Digital Spy. “And once you’ve read it, it disappears 24 hours later, and you can never access it again. It’s tighter than the White House security!”

Phone cameras were covered, the show had a special name while in production and so did the actors.

Director David Nutter revealed the traditional episode length of 60 minutes is out the window for the final season. While Nutter didn’t say how long the installments will be during his Reddit AMA, he said he thinks episodes will “be longer than 60 minutes. They’ll be dancing around the bigger numbers, I know that for sure.”

“I’m completely satisfied with how season eight ends,” Nutter said. He said co-creators David Benioff and D.B. Weiss “did a tremendous job, and they took into consideration what the fans want, as well as what is right as far as storytelling is concerned.”

“I guarantee there’s going to be lots of surprises and shocking moments, but it’s really very compelling stuff,” he teased.

“I think a TV series that’s spanned eight, nine years is an incredibly difficult thing to end,” Harington told MTV at TIFF. “I think not everyone’s going to be happy, you know, and you can’t please everyone. My favorite TV shows are Sopranos, Breaking Bad, and The Wire, and they all ended in a way that…It’s never going to satisfy you.”

Kit Harington Had All the Feels

Harington cried twice during the final table read. He went to the momentous occasion having not read a single script ahead of time. The tears came once while reading an episode and once at the very end. “The second time was the very end,” Harington told EW, referring to the last page of the script for episode six. “Every season, you read at the end of the last script ‘End of Season 1,’ or ‘End of Season 2.’ This read ‘End of Game of Thrones.'”

Expect the new season to make you a little weepy. “It’s about all of these disparate characters coming together to face a common enemy, dealing with their own past, and defining the person they want to be in the face of certain death,” co-executive producer Bryan Cogman told EW about the final season. “It’s an incredibly emotional haunting bittersweet final season and I think it honors very much what [author George R.R. Martin] set out to do—which is flipping this kind of story on its head.”

According to EW, the season opens with Daenerys and her army arriving at Winterfell, and there’s a “thrilling and tense intermingling of characters—some of whom have never previously met,” as they prepare to face the Army of the Dead.

The Biggest Battle Ever

When your favorite Game of Thrones characters finally meet the Army of Dead, it will culminate in the biggest action sequence the show has ever done. “Battle of the Bastards” director Miguel Sapochnik helmed the intense sequence that took more than 55 nights of outdoor shoots and then filmed in studio for weeks after that.

“It’s brutal,” Peter Dinklage told EW. “It makes the Battle of the Bastards look like a theme park.”

Jon Snow’s direwolf, Ghost, will make a comeback. This will be his first time back since season six. “Oh, you’ll see him again. He has a fair amount of screen time in season eight,” Joe Bauer, the visual effects supervisor on Game of Thrones, told HuffPost. “He’s very present and does some pretty cool things in season eight,” Bauer teased.