Demi Lovato Celebrates 6 Months of Sobriety With an Indulgent Treat 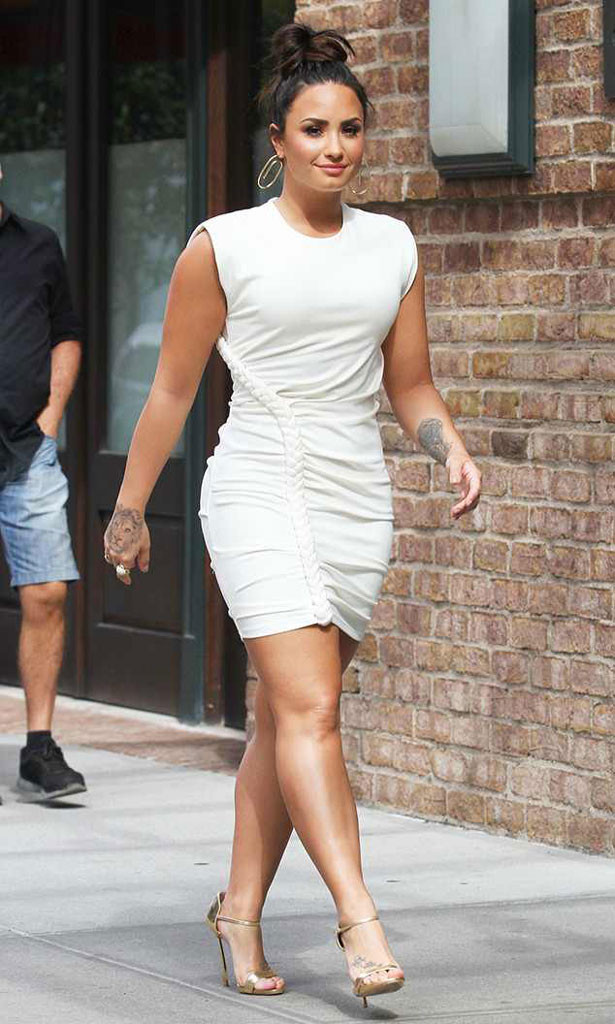 The happy news definitely called for a celebration and Demi’s team had the perfect way to congratulate the star on her major accomplishment. The “Tell Me You Love Me” singer dined on Funfetti cake from the famous Susiecakes bakery in Studio City, Calif. Alongside the cake, her team wrote, “Happy 6 mo. We are so f–king proud of you!.”

Six months ago, the 26-year-old was rushed to the hospital for an apparent overdose. She was hospitalized for nearly three weeks before entering treatment.

During her stay in rehab, the star relied on her family and friends for their support as she fought to overcome a battle she had long struggled with. As she promised her fans she would, the star has come out on the other side and continues to “work on my mind, body and soul.”

“So grateful for the lessons I’ve learned this year. I will never take another day in life for granted, even the bad ones,” Demi wrote on Instagram on New Year’s Eve. “Thankful for my fans, friends, family and everyone who supported me throughout this year. God bless.”

Since leaving rehab, the star has maintained the utmost privacy and plans to share her story with fans when the time is right. “Someday I’ll tell the world what exactly happened, why it happened and what my life is like today.. but until I’m ready to share that with people please stop prying and making up s–t that you know nothing about,” she previously wrote on Twitter. “I still need space and time to heal.”

While her private life remains private, the star has slowly returned to social media to share a small glimpse into her daily life. Just the other day, Demi went on social media to remind her followers of the best Disney Channel show to grace their TV screens: Sonny With a Chance. The former actress commented the name of the show under a list of programs that fans want back on Netflix and people loved it.

No word yet on whether or not Netflix plans to give the people what they want.