Debby Ryan Is Engaged to Twenty One Pilots’ Josh Dun: See Her Ring 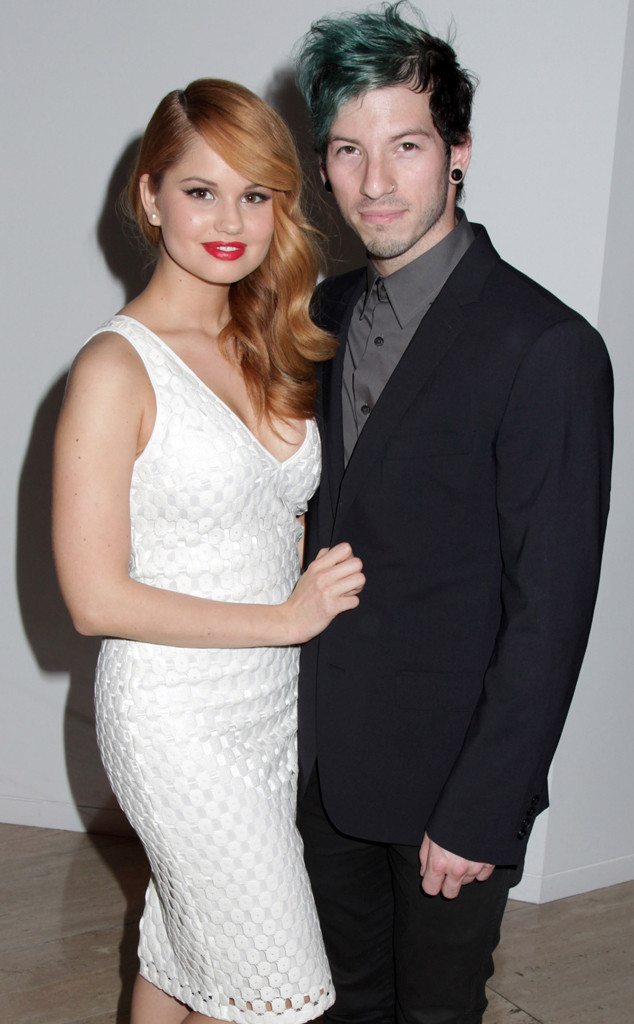 The 25-year-old actress, known for her past main role on the Disney Channel series Jessie and current leading role on Netflix’s controversial series Insatiable is set to wed Twenty One Pilots drummer Josh Dun, 30, after dating him on and off since 2013.

Dun posted on his Instagram page this weekend photos of him proposing to a tearful Ryan and pics of her diamond engagement ring.

“I found a tree house in the woods in New Zealand and proposed to my girl,” he wrote. “She my dude for life. I love you Debby.”

“I said yes!” Ryan tweeted. “Well technically I said ‘NO WAY’ twice but I meant yes.”

“He flew my brother and sis-in-law to surprise me at our engagement dinner,” she added.

“So happy for these gentlemen!” her brother, Chase Ryan, joked on his own account.

The group celebrated with some red velvet cake.

Ryan and Dun began dating in 2013, spawning the couple’s nickname “Jebby.” They reportedly broke up about a year later, then sparked reconciliation rumors in late 2016. By 2018, their reunion was confirmed on social media.

“I’m in love and very happy,” Ryan told the Sydney Morning Herald this past summer. “We’ve evolved and grown so much in our careers, in the relationship, as people since we first met. It’s cool and special to have that support system and we are each other’s biggest fans.”