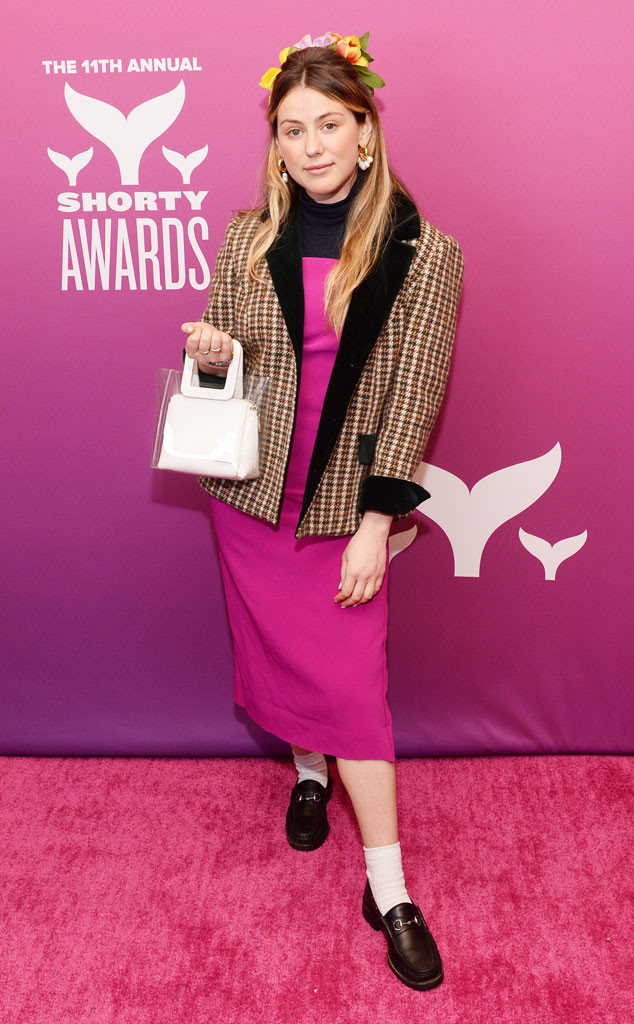 It’s been roughly 48 hours since Natalie Beach revealed her role in the making of influencer Caroline Calloway.

Since then, Caroline has posted photos on her Instagram roughly 65 times. Of those 65 photos, a majority are screenshots of the posts that her former friend Natalie co-captioned for her, with the rest mainly addressing the controversy surrounding her name and her well-wishes for the author of the salacious piece. But now, the self-proclaimed artist is taking a break from the ‘gram to speak to NBC News about the article that has seemingly turned her life upside down.

First things first, the influencer reveals that her father passed away just hours before, but says she nonetheless chose to come to the interview. “Honestly, I felt like I should cancel this interview because I thought people would judge me for doing it because people would question my grief or say ‘She doesn’t really care about her dad because she did the interview.'” the 27-year-old reasons. “But, honestly, I felt like doing it. My life isn’t going to stop because my father’s dead and my trolls won’t stop and people won’t stop writing about me.”

Then, the artist delves into the topic that is making headlines: Natalie Beach’s article.

For the most part, Caroline says nothing that she hasn’t already said on Instagram. In the dozens of Instagram captions she wrote in the past 48 hours, she lamented losing a friend because of her addiction to Adderall while simultaneously praising said friend’s writing. In one photo shared before the article’s publication in The Cut, Caroline praised, “Everything in Natalie’s article will be brilliant and beautifully expressed and true. I know this not because I have read her essay but because Natalie is the best writer I know.”

Despite the praise and compliments, Caroline says she has not talked to Natalie. Thus far, all communication has been limited to their comments to the press or through Caroline’s Instagram posts.

And if Natalie has seen these highly publicized messages or captions, then she would know that Caroline is not at all happy about her revealing that she contemplated suicide. “I think it’s really f–ked up that Natalie revealed to the world that I struggled with suicide in the punch line of a joke, and mischaracterized it as, like, hating her writing,” Calloway states.

The line she refers to in the article is: “Caroline hated it so much that she threatened suicide if I wrote anymore.” In parentheses next to the aforementioned sentence, Natalie clarified that Caroline didn’t feel suicidal because of Natalie’s writing. Instead it was “because of her addiction and because she sold a memoir she couldn’t write.”

Nonetheless, Caroline feels that Natalie “trivialized that pain” she went through.

Natalie didn’t address Caroline’s accusations in the NBC News article, but tells the New York Times, “And the reason I did [discuss Caroline’s mental health struggles] was because I thought that she was so public about it herself that I wasn’t revealing any horrible secret.”

Moreover, Beach reveals that she is in therapy and on antidepressants too, which gives her a different perspective on the topic of mental health. “I felt that by being raw personally it sort of creates this understanding that we’re all dealing with our own problems and that’s not a dirty secret,” Natalie explains.

And Caroline isn’t the only one being accused of scammer behavior. Some people on the internet think that Natalie is also constructing entire narratives to make her autobiographical essay more interesting. But the investigations can come to a close, because both Caroline and Natalie assure that their “messy” lives really are that messy.

In Mexico, some Haitians find a helping hand