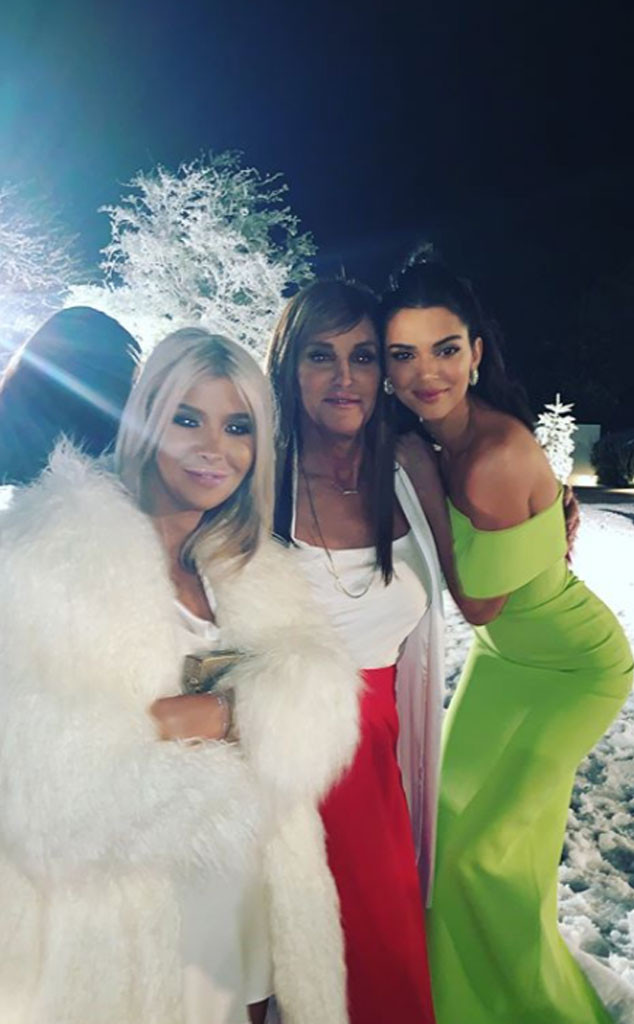 It was quite the merry time at the epic Kardashian-West-Jenner Christmas party on Monday night. Kim Kardashian took over the reins from her mom Kris Jennerand put her own spin on the festivities. It did not disappoint one bit.

A number of A-list celebrities were in attendance at Kim and Kanye West‘s gorgeous Los Angeles home, including Paris Hilton, Jennifer Lopez, John Legend and more. Caitlyn Jenner and Sophia Hutchins also made an appearance at the party and seemed to have the time of their lives.

According to photos from Kim’s Instagram page, the KKW Beauty owner filled her backyard with snow, had an area for sledding and indoor and outdoor decorations that would put the North Pole to shame.

Both Sophia and Caitlyn shared photos and videos from the eventful evening, including one of Caitlyn sitting on a white chair that could have been a throne as well as one alongside Santa.

“So happy to be with family last night!” Caitlyn captioned her Instagram photos and videos. “Boy oh boy!!! @kimkardashian and Kanye know how to make a winter wonderland!! So good seeing everyone and celebrating such a special time of year with you all! Love you all. @kendalljenner @kyliejenner @kimkardashian @kourtneykardash @khloekardashian @krisjenner”

Sophia also thanked Kris and the rest of their family for their hospitality. “Thank you @kimkardashian Kanye @krisjenner for hosting this amazing Christmas Eve winter wonderland party last night! Truly magical!” she wrote.

Sophia and Caitlyn are celebrating their first Christmas together this year. On Wednesday, the duo posted a photo in front of their Christmas tree with the hills of Malibu visible on the background. The 22-year-old shared a video of their tree and said she felt “so blessed to be filled with so much joy!”

They are feeling extra “blessed” after Caitlyn’s home survived the extremely destructive Woolsey fire that impacted Malibu and a large swath of Southern California. In October, Sophia described their relationship during an interview on The Hidden Truth With Jim Breslo.

“I wouldn’t describe it as a romantic relationship,” she said. “I would describe our relationship as we’re partners, we’re business partners, I’m the executive director of her foundation.”

She then said she and the former Olympian are “such a good match” because of they way the “challenge each other.” She told Jim Breslo, “She challenges me in so many ways, has allowed me to grow in so many ways and I hope I challenge her to grow and I think because we share so many of the same passions and views, it’s just a great match, a great partnership.”