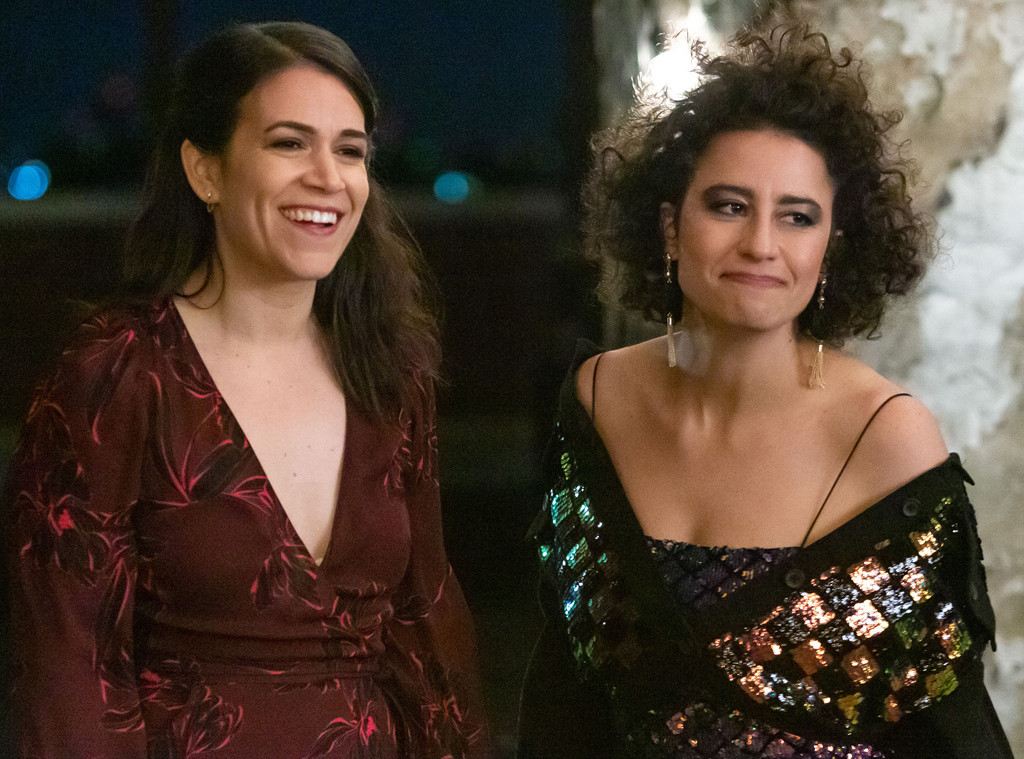 Anybody else really, really want a bacon, egg, and cheese right now? And maybe an entire toilet to cry into?

Abbi and Ilana went on one last adventure tonight in the Broad City series finale on the eve of Abbi moving to Colorado for her residency, and what began as a quest for Abbi’s final New York breakfast sandwich turned into a walk with a toilet, which then turned into a magical roof party, which turned into a non-party as Ilana threw out all the guests one by one.

She ended up sneaking away in the night while Ilana was still asleep, or at least trying to, until Ilana ran outside to gift Abbi with a go bag for the apocalypse (for which they’ll meet in St. Louis, under the arch). They said goodbye one last time with a quick curse-filled yell at the cab driver, and as the cab drove away, Ilana discovered she was locked out of the apartment building.

Four months later, Ilana saw a hairless cat wearing a sweater on the sidewalk, and knew Abbi needed to see it, so they talked to each other on their phones that each sported a small phone-sized version of the other person’s hair, and seemed to be totally OK living their own lives. As Abbi headed down some subway stairs, the camera pulled back to reveal a whole New York City filled with Abbis and Ilanas of all shapes and sizes. Their legacy will live on, and we would still like a bacon, egg and cheese, even if it is after 11.

Vote in the poll below to share your thoughts on that finale!