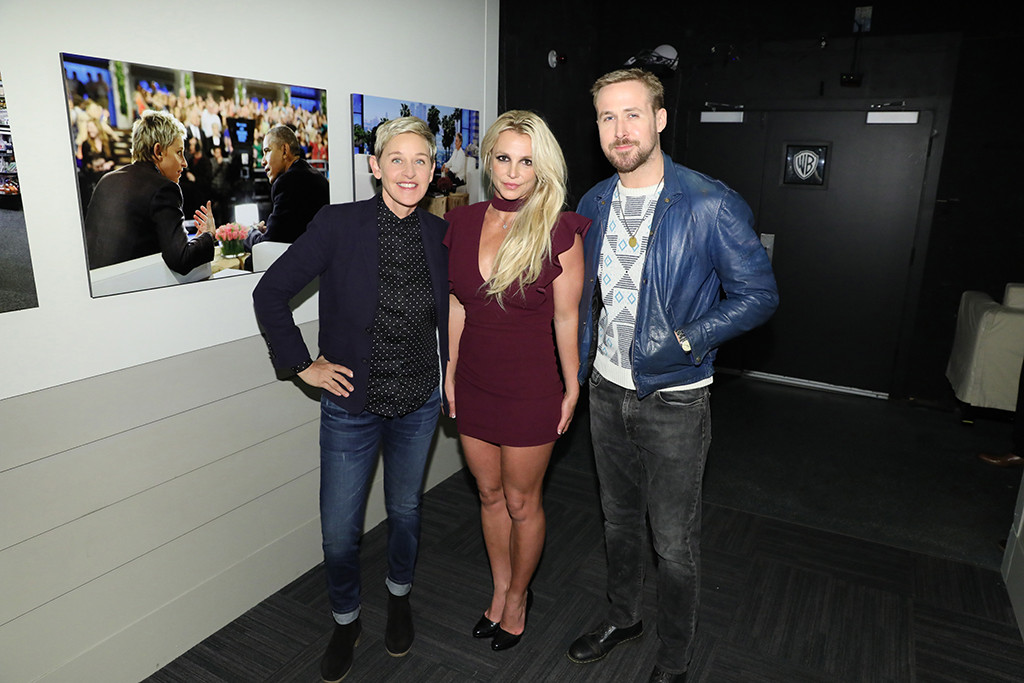 Britney Spears and Ryan Gosling reunited backstage at The Ellen DeGeneres Show for an episode airing on Friday, more than 23 years after they both were early teen stars of Disney’s All New Mickey Mouse Club series. The two posed for a photo with host Ellen DeGeneres.

Gosling told DeGeneres on her show that neither he nor Spears could remember the last time they had seen each other, adding, “which I think is a sign that it’s been quite a while.”

The two had made their debut on the All New Mickey Mouse Club in 1993. The show had launched their entertainment careers and also made famous the likes of Christina Aguilera, Keri Russell, JC Chasez and Justin Timberlake—both of whom would later reunite several years later as member of ‘N Sync.

“I remember when we first got to the show, they sort of had all the kids perform for one another,” Gosling told DeGeneres. “I remember it was Christina Aguilera and then Britney performed and I remember thinking, ‘Oh, OK, so they’re like freakishly talented.'”

“I was used to working with talented people, but that was another level,” he said.

The cast members resided in Florida while filming the show.

“Britney was a sweetheart. She lived right above me, the girl next door. The little girl I used to play basketball and spin the bottle with,” Gosling told the Sunday Times‘ Style magazine in 2013.

Spears said on The Ellen DeGeneres Show months after his interview was published that she and the actor played Spin the Bottle with a group of friends.

“I didn’t kiss [Ryan] though,” she said, adding that the bottle didn’t land on him when it was her turn to spin it. “The only person I kissed was Justin!”