Brexit ‘will not damage UK’s status in the world’: Britain will remain a dominant global economy and will streak ahead of France and overhaul Germany, long-term analysis suggests

By Alex Brummer City Editor For The Daily Mail

Long-term forecasts show the UK will continue to pull away from France as Europe’s second- biggest economy.

The Centre for Economics and Business Research (CEBR) said that ‘despite Brexit, the French economy failed to overtake the UK’ in the three years since the EU referendum. On current trends, Britain’s output should be ‘a quarter larger than the French economy’ by 2034, its projections found.

The UK continues to benefit from a young population – boosted by immigration – and strong performance in the technological, pharmaceutical and creative industries. However, it ceased to be the world’s fifth largest economy in 2019 as fast-growing India raced past. It is now expected to overhaul Germany in six years and Japan by 2034. 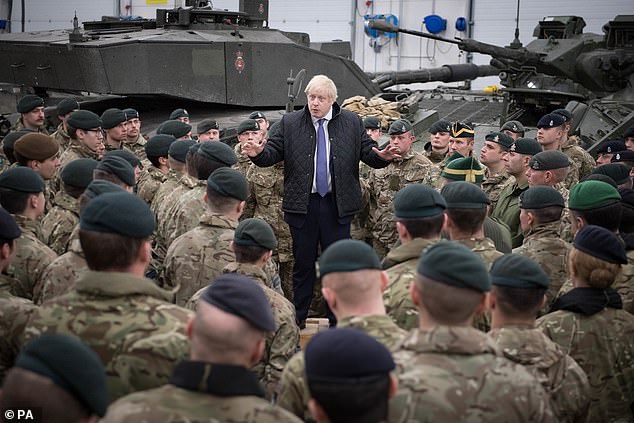 The US has also confounded its critics, reasserting its economic dominance under Donald Trump. It has fared well despite the continuing trade war with China, which has dragged down economies across the globe.

The gross domestic product of the US was just a shade below a quarter of the world’s total output in 2019 – the highest level since 2007.

America’s growth, fuelled by technology and immigration, suggests it is set to remain the globe’s most powerful economic force throughout the 2020s. It is now only forecast to be overtaken by China in 2033 – something previously expected within a few years.

The CEBR’s head of macro-economics, Kay Daniel Neufeld, said: ‘We expect growth in China to slow further throughout the year as the country manages not only the fallout from the trade war but transition to a consumption-based economy.’ The analysis also suggests that 2019 will also be the ‘high water mark’ for US output.

In addition, as the world moves away from fossil fuels the CEBR expects Saudi Arabia to become a less important global player.

However, it still believes ‘global growth to accelerate in 2020’, in part due to low interest rates – and Britain’s close ties with the US should see it benefit over the coming years. The UK also stands to take advantage of the strengthening ‘Anglosphere’.

On current trends, Britain’s output should be ‘a quarter larger than the French economy’ by 2034

Canada is predicted to be the world’s eighth-largest economy by 2034, while Australia will move up one place to 13th.

Both countries are climbing global league tables thanks to their ability to attract skilled migrants from all over the world. ‘Countries that are successful in attracting migration tend to grow faster,’ the CEBR report stresses.

Australia’s success using points-based immigration rules is a boost for Boris Johnson’s plans for a similar system, as outlined in the Queen’s Speech. The overhaul will be particularly significant if the UK’s world-class research universities and pharmaceutical sectors are to retain their competitive edge. 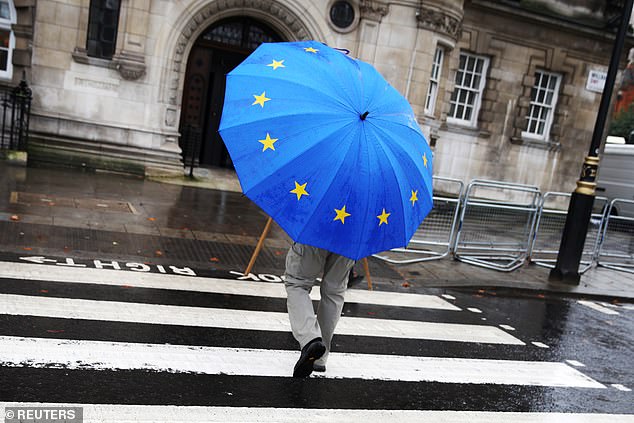 The Centre for Economics and Business Research (CEBR) said that ‘despite Brexit, the French economy failed to overtake the UK’ in the three years since the EU referendum (stock image)

Mr Johnson also hopes to secure swift trade deals with both the US and EU as Britain goes it alone.

Mr Trump and Mr Johnson have both talked up the prospects of a wide-ranging pact. Following the Prime Minister’s election victory this month, the US President tweeted that a trade deal between the two nations ‘has the potential to be far bigger and more lucrative than any deal that could be made with the EU’.

Talks with Brussels must be concluded within 11 months to avoid a No Deal exit at the end of the Brexit transition period. Similar trade pacts have taken years to negotiate.

Dean Turner, economist at UBS, said Britain would be well placed to secure an agreement in time if it accepts ‘an off-the-shelf deal’. However, this could involve some ‘unpalatable compromises’ which could hinder the UK’s ability to escape EU regulation.

US launches mass expulsion of Haitian migrants from Texas