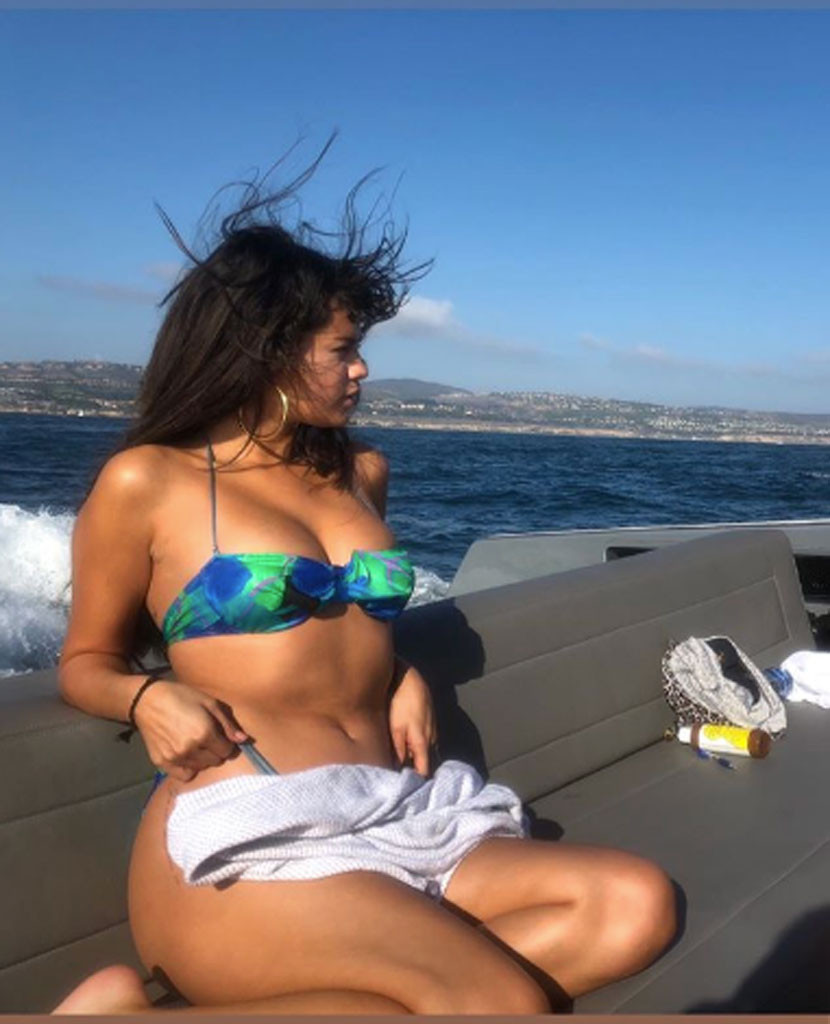 These days, Selena Gomez is living life by the three B’s: Bikinis, boats and BFF’s.

The 26-year-old pop star shared an uncharacteristically personal glimpse into life away from the spotlight, taking to Instagram on Wednesday with several snapshots capturing one enviable summer.

In a few images, Selena rocks a tropical-inspired bikini while basking in the sun on a boat. She also appears to have switched up her shaggy bob for much longer, brunette waves and curtain bangs. And aside from perfecting her summer bronze on the water, it’s obvious Gomez is packing in some well-deserved R&R with her girl squad. Another image sees the “Good to You” songstress snapping a selfie from the passenger seat of her gal pal’s car.

So what else has SelGo been up to these days? She revealed all during a Q&A with fans on Instagram Live.

Selena said she’s busy recording the followup to her 2015 album Revival, which she described as “very honest but playful.” From the performer’s perspective, “I felt like creatively it’s [going] in a really great direction and I just wanted it to feel kind of like what was going on [in my head], which is a lot.”

But without revealing too many secrets about her third studio record, Selena said her favorite track is one titled “Rare.” She continued on Instagram Live, “I can’t wait for you guys to hear it… I love my music.”

Last month, Gomez celebrated her birthday with an Italian-themed bash on a yacht near her new home in Newport Beach, Calif. At the time, sources told E! News that only the singer’s “closest friends” and a “few family members” attended the “intimate” soiree.

“Selena was in really good spirits the entire night and kept saying this was the best birthday yet,” an insider shared.

Come September, Selena will mark the one-year anniversary since going public with her kidney transplant surgery.