Arts and entertainment  |  News releases  |  UW and the community

This week in the arts, attend a talk with an artist whose work stands at the crossroad of art and science, listen to music of today, see the preview of “In the Heart of American,” and more! 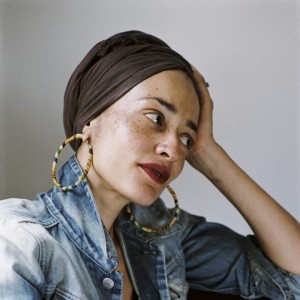 SOLD OUT: A Conversation with Zadie Smith, Moderated by Valerie Curtis-Newton

Seattle Arts & Lectures Series brings to you Zadie Smith, one of the world’s preeminent fiction and non-fiction writers. Her novels include White Teeth, The Autograph Man, On Beauty, and Swing Time, among others; and her many non-fiction works on a range of subjects from pop culture to politics are collected in Changing My Mind: Occasional Essays and 2018’s Feel Free.

This in-conversation will be moderated by Valerie Curtis-Newton, Professor in Acting and Directing and Head of Performance at the University of Washington’s School of Drama, and director of the Hansberry Project, a professional African American theatre lab.

What do you mean?! An artist talk and discussion about art, science, and perhaps even ocean memory with Daniel Kohn

Kohn is an artist whose work stands at the crossroad of art and science. Long immersed in questions of place and representation, his engagement with science began in 2003 when he was invited to the Broad Institute where he became Founding Artist in Residence and co-founded the Visualization Group. Kohn was subsequently in residence at the Center for Epigenomics and Art/Science Research Director at Ligo Project. Following a NAKFI conference on the Mesopelagic, Daniel refocused his work on the Ocean. He now co-leads a 4 year NAS interdisciplinary grant: Ocean Memory: A New Cross-Disciplinary Approach to Global-Scale Challenges.

School of Art + Art History + Design with assistance from the Henry Art Gallery. This year’s lectures are supported by The Dale and Leslie Chihuly Foundation and individual donors. 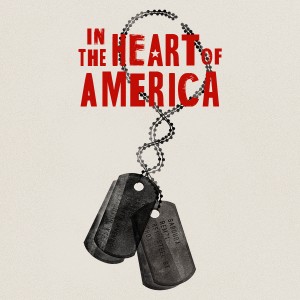 In the Heart of America

In the shadow of the Gulf War, a young Palestinian woman’s quest to learn what happened to her Marine brother, Remzi, leads her to a Kentuckian Marine named Craver. Through a poetic web of time leaps and apparitions, we see the two soldiers fall in love against the backdrop of war. Woven into that story, the ghost of a Vietnamese mother, Lu Ming, seeks justice for her infant daughter, a victim of the 1968 massacre at My Lai. Obie Award-winning Playwright Naomi Wallace, known for her signature blend of politics, eroticism, and lyricism, here masterfully rings the gong of histories that still reverberate through our national body.

Piano Professor Robin McCabe produces this quarterly series highlighting music by composers affected by disaporas and migration, performed by top UW music students and special guests. This performance features music by Prokofiev, Stravinsky, Honegger, and Rebecca Clarke, and a pre-concert lecture by Elena Dubinets, vice president of artistic planning for Seattle Symphony and an affiliate associate professor at the UW.

The UW Concert and Campus Bands perform works by John Barnes Chance, Vincent Persichetti and others in their winter quarter concert.