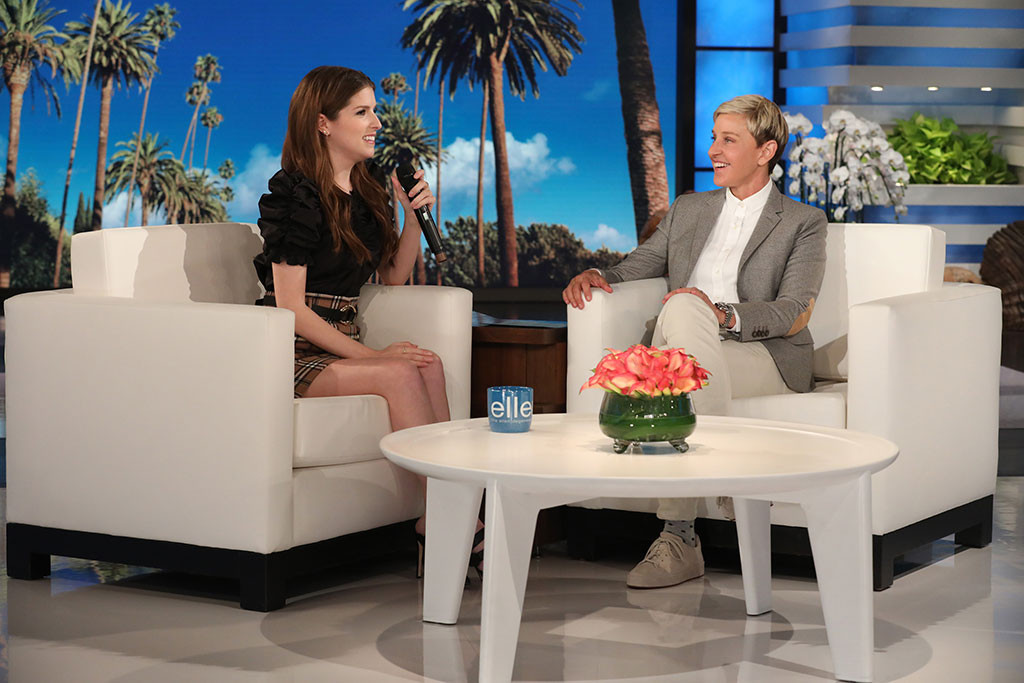 Leave it to Anna Kendrickto put on a show.

The A Simple Favor star did just that during Ellen DeGeneres‘ Thursday show. While appearing on the daytime set, the actress had a “simple favor” to ask of the comedian—to take over her Twitter account.

While DeGeneres adjusted the last one to “favorite actress of all time,” she agreed to issue the tweets if Kendrick returned the favor with a different request.

“Remember when you’re in the movie in the car and then you have that amazing rap song that you do?” the host asked the actress.

“It’s so embarrassing,” Kendrick responded. “I was really feeling the rap. I say that you have to have respect for the streets, which is how I try to live my life.”

Fortunately for all of us, Kendrick agreed and launched into a perfectly memorized rendition of M.O.P‘s “Ante Up.”

This is hardly the first time the star has showed off her impressive rap performance skills. Most famously, she rapped to “No Diggity” in the inaugural Pitch Perfect as part of a riff-off battle.

Her musical talents are not limited to rap alone, however. She earned a Tony Award nomination for “Best Featured Actress in a Musical” for her performance in High Society in 1998 at the age of 13.

Needless to say, she definitely could teach us a thing or two.

Watch Kendrick rhyme away in the clip above!