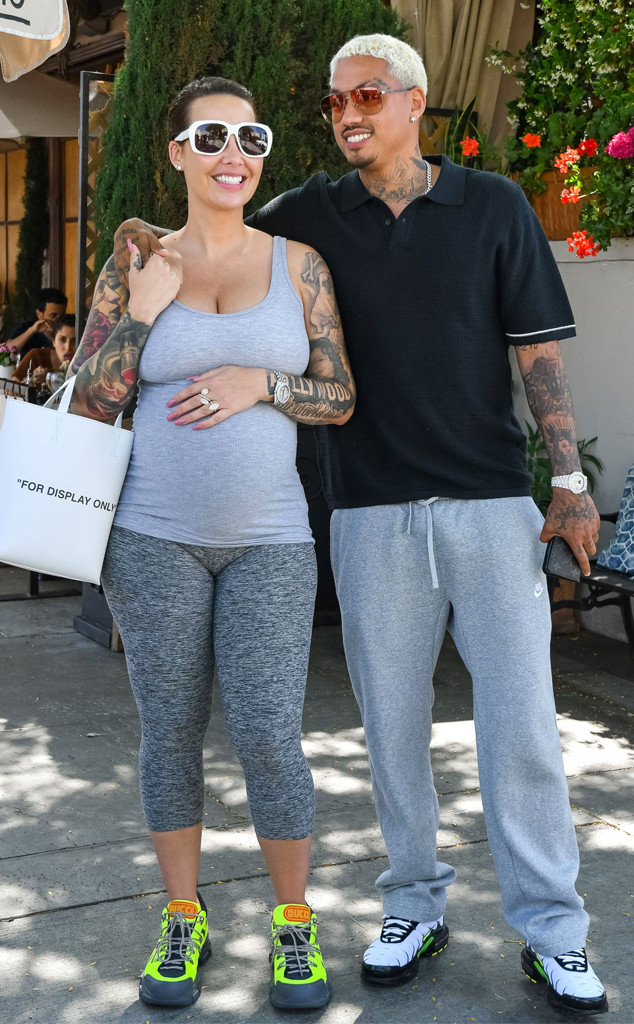 Muva herself is officially embarking on her next muva-hood adventure!

Amber Rose has given birth to her and boyfriend Alexander “AE” Edwards‘ first child together, a son named Slash Alexander Edwards. On Instagram, her boyfriend announced, “Thank u @amberrose for loving me so much that u put ur body thru it 2 bring my in2 the world. I could never be as strong as u. Slash a rockstar.”

The social media star is already a proud mama to 6-year-old Sebastian Taylor Thomaz, who she co-parents with rapper Wiz Khalifa.

Rose announced her second pregnancy in early April by sharing a photo of her growing baby bump. “[Alexander] and I are SUPER excited to announce that we have a sweet little baby boy on the way!” she shared at the time. “P.S Sebastian is soooooo happy to be a big brother!”

In the months that followed, the 35-year-old took fans along the way of her pregnancy journey by sharing plenty of photos with her boo, who is an exec at Def Jam Records, and son.

“We talk for hours, he makes me a better person, he listens to me and understands me,” the SlutWalk organizer gushed. “He also came into my life at a time where I’ve had enough of the narcissistic, cheating and abuse I’ve endured over the years from my previous relationships.”

Amber continued, “I felt so damaged when I met him and pushed him away in the beginning, he has talked me through everything while simultaneously loving me and working with me so I could overcome my fear of loving someone in the most healthiest way again.”

Prior to finding love and starting a family with Alexander, Rose and Wiz Khalifa were married for just over a year in 2013. She also dated hip-hop star Machine Gun Kelly in 2015, followed by Dancing With the Stars‘ pro Val Chmerkovskiy and rapper 21 Savage in 2017.

Congratulations to Amber and Alexander!