All-Time Great Moments From Inside the Actors Studio

If heaven exists, maybe for you it involves a sit-down with Brad Pitt or George Clooney. Or Meryl Streep, perhaps. Or maybe coming face to face with the cast of The Simpsons is more your idea of eternal bliss.

All of the above and dozens more have sat down opposite James Lipton on Inside the Actors Studio over the course of 25 years, the format reliably the same time after time: an in-depth interview, followed by a list of 10 questions. Which is why we know that Pitt’s favorite curse word is “c–k.”

For its 23rd season, the show has moved to a new network, Ovation, and will be under the care of a rotating cast of hosts (the ageless Lipton somehow turned 93 along the way), starting with Alec Baldwininterviewing Henry Winkler. Baldwin was Lipton’s first-ever guest in 1994, but the series premiere featured Paul Newman.

Figuring there was no better time to take a quick look at the past before the new era begins tonight at 10 p.m., here are some of the best moments wrought by Inside the Actors Studio over the years: 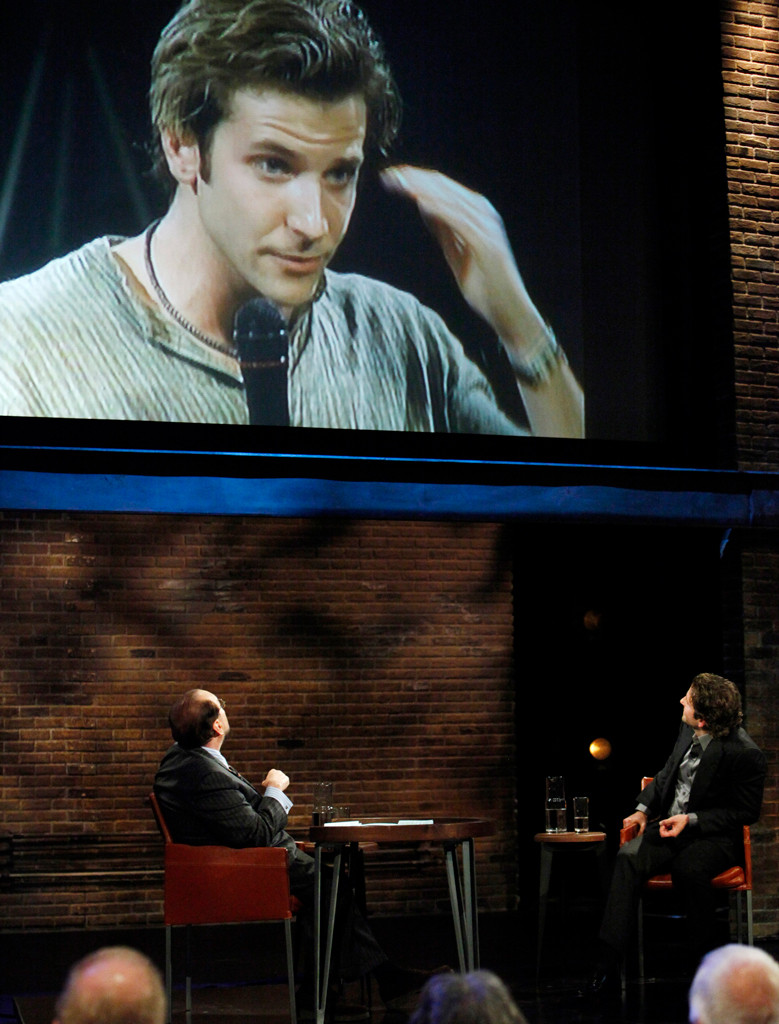 1. Everything Involving Bradley Cooper: An inquisitive student at Pace University’s Actors Studio Drama School who got more screen time than some during the audience Q&A portion of the show was none other than Bradley Cooper, who made several unwitting cameos that were handily unearthed once he himself became a huge star.

You could see the future Oscar nominee picking Robert De Niroand Sean Penn‘s brains in the late ’90s (about Awakenings and Hurlyburly, respectively), the De Niro episode coming 14 years before Cooper would play his son in Silver Linings Playbook. Cooper also was in the front row for Steven Spielberg in 1999, listening intently.

No wonder, when Lipton welcomed Cooper to the show in 2011, he introduced him as the guest he was looking forward to the most—a former student who had unequivocally made it.

Cooper got memorably emotional talking about his acting teacher Elizabeth Kemp, who was in the audience. “I’m a really loud crier, too,” he joked. “I’m not like a sobber…it’s ugly, so I apologize.” 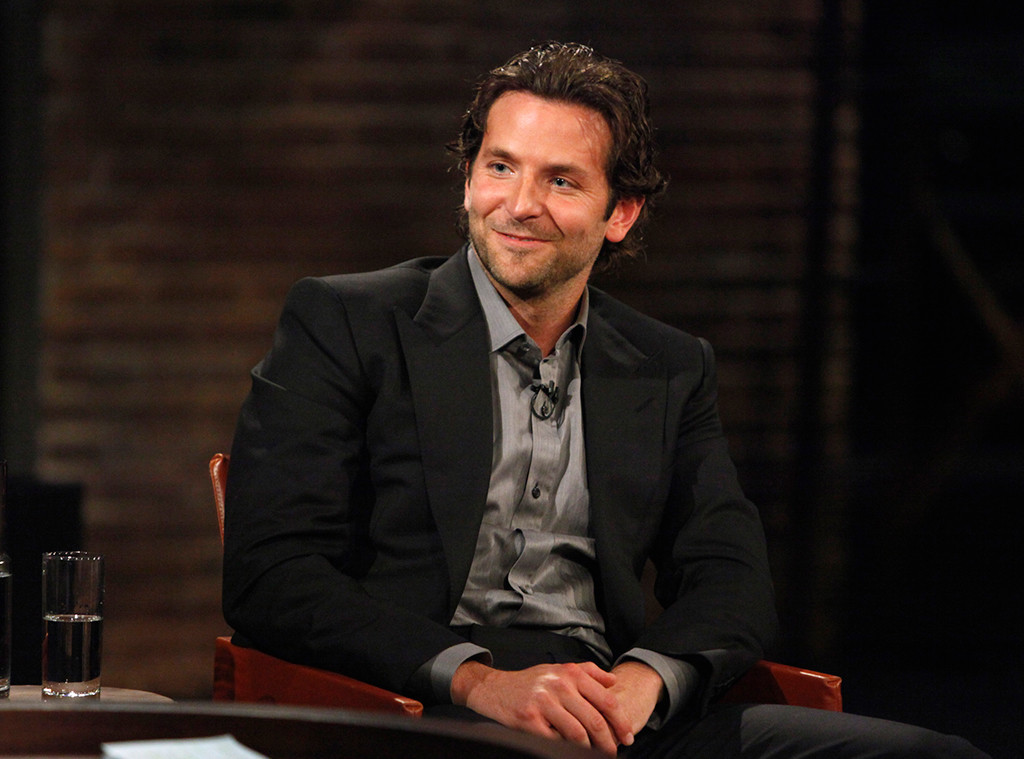 “He kept bursting into tears,” Lipton fondly recalled on One on One With Steve Adubato in 2016. “He’s a wonderful man and, as we all know now, a brilliant actor. I auditioned him. If I’d turned him down, he would have stayed at Georgetown and become a diplomat—and a great one.” (Kemp died in 2017, but not before working with Cooper and Lady Gaga, who paid public tribute to her, on A Star Is Born.)

Cooper returned along with some fellow former students for the series’ 250th episode in 2013, and when they inevitably ran the De Niro clip again, out walked De Niro.

Incidentally, Cooper also said, during the questionnaire, that the profession he might like to try would be conductor and the one he’d least like to try is soldier: He went on to play the latter in American Sniper and is planning to try out the former in Bernstein, his next directorial effort, in which he’ll star as one of the conductors, Leonard Bernstein. 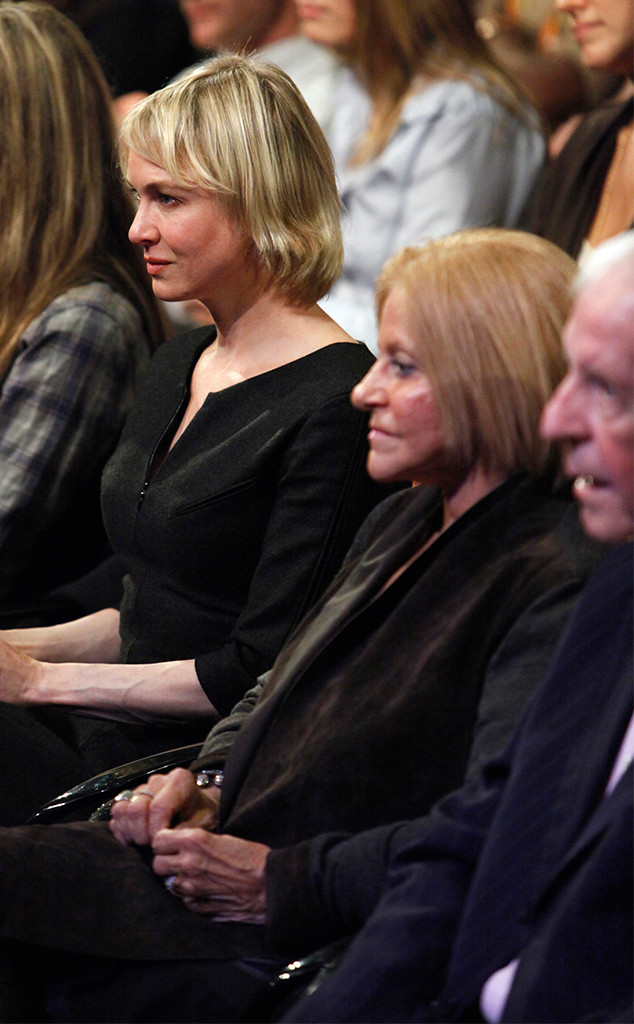 2. Another Cameo: As if Cooper’s 2011 episode wasn’t charming enough, previous Inside the Actors Studio guest Renée Zellweger was in the audience, sitting next to Cooper’s parents, Gloria and Charles.

“It was a real privilege, actually, to be here,” Zellweger recalled her 2003 turn in the chair, “and it was surprisingly emotional, a lot like tonight.”

“We thank you for coming back here tonight, and we really love you a lot,” Lipton told her.

“That’s a nice thing to say, thank you,” the Oscar winner, who would prove very elusive for the next five years, replied.

3. Hearing Voices: The entire principal cast of The Simpsons gathered for a rare interview all together in 2003. It’s hard to beat watching Dan Castellaneta, Hank Azaria and Harry Shearer cycle through their various characters, or to actually see the very private Julie Kavner—who had to leave early to catch a ferry to Long Island—provide the voice of Marge, Patty and Selma (behind a cardboard cutout, because she famously doesn’t do Marge in person, but still).

4. Everyone’s Favorite Part: No one has been thanked more than God at the Oscars and the most-cited favorite curse word on Inside the Actors Studio is “motherf–ker.” Numerous people apparently like to swear in a foreign language, including Cooper, who cited the Italian translation of “you motherf–king c–ks–ker,” and Natalie Portman went with an Arabic phrase commonly used in Israel that means “your mother’s vagina.”

5. Team Work: Pitt’s Moneyball co-star Jonah Hillwas in the audience in 2012 to support his buddy.

6. Amy Poehler prepared two sets of answers for the questionnaire, but the word she hates the most whether she’s trying to be serious or funny is “panties.”

7. The Moment That Never Was: Jennifer Lawrence turned down an invitation to be on the show in 2013. At 22, she would have been the youngest-ever solo guest, but Kiernan Shipka appeared when she was 12 as part of the cast of Mad Men.

“Do you know how much that guy would hate me?” Lawrence quipped to Entertainment Weekly about the decision. “‘Tell me about your method?’ There is no method! I never know my lines! He would be horrified.”

Though she had already been nominated for two Oscars and was starring in two blockbuster franchises, The Hunger Games and X-Men, she added, “I love that show but I’m not old enough. I’m not at a place yet where I can look back and think, ‘Oh this how I….’ I’m not ready. And, please, I’m an animal.”

Two months later, she would be a Best Actress Oscar winner for Silver Linings Playbook.

Other actors who’ve reportedly been asked numerous times to come on but have declined include Denzel Washington, Jack Nicholson, Sean Connery and Daniel Day-Lewis. The one who definitively got away was Marlon Brando, a fellow acting student of Lipton’s back in the day.

8. The Greatest of Compliments: Being parodied means you’ve made it. Will Ferrell‘s trove of regular characters on Saturday Night Live included Lipton, whom he played as a hyperbolic, perpetually impressed interviewer who asks deadly serious questions about the least consequential moments of an actor’s career and reacts rapturously to every answer.

“What was it like, acting with the ET?” he asks Drew Barrymore, as played by Kate Hudson.

The Old School DVD extras included a sit-down with this version of James Lipton and the cast—i.e. Vince Vaughn, Luke Wilson, and Will Ferrell—and director Todd Phillips.

“Arguably the most talented person on our planet,” “Lipton” introduces Ferrell. “I look at you, and I look into the eyes of an angel.”