All She Has: How Jennifer Lopez Set a New Bar for Modern Multi-Hyphenates 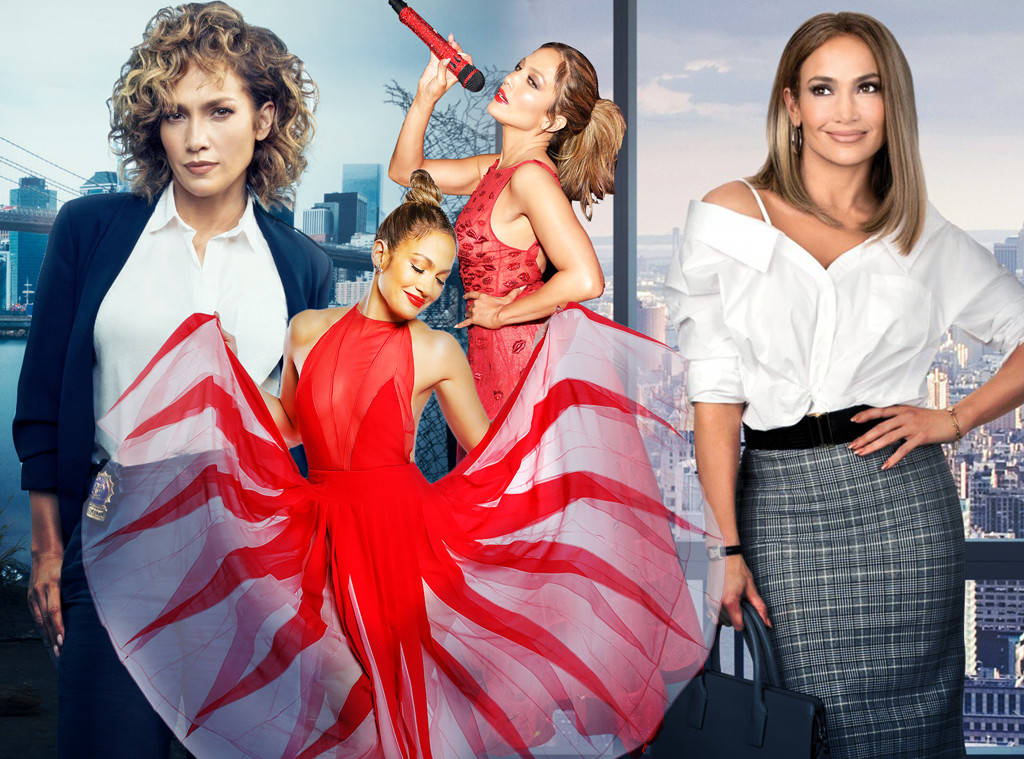 In a trailer for her upcoming comedy, Second Act, Jennifer Lopez‘s character, a grocery store clerk, confidently tells a doubting boss just that when he insinuates she can’t get a new job because of her age and stature. In a clear moment of art imitating life, the sentiment is just as true for the woman in the costume. With three decades in Hollywood, there are very few accomplishments Lopez has not added to her belt in the course of her rise from a Bronx theater kid with boundless dreams to an international powerhouse.

With two Grammy nominations, three American Music Awards, a handful of Billboard Music Award nominations and the 2014 Icon Award, her contributions to the music world have not gone unnoticed. However, like many stars who have followed in her footsteps, this year’s Michael Jackson Video Vanguard Award honoree did not set out solely to hold a microphone. 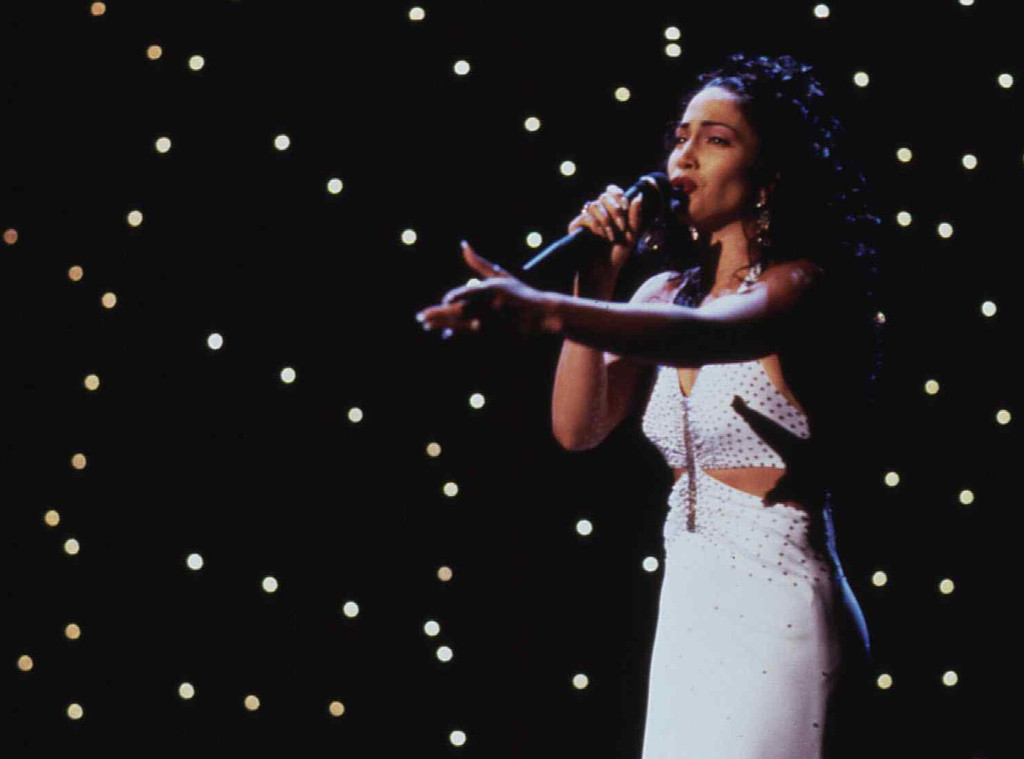 Instead, she first broke ground in her early career as a member of the early ’90s dance troupe, The Fly Girls, on the sketch comedy TV show, In Living Color. But, as a self-described “camera hog” influenced by the movie musicals of her childhood, it wasn’t long before she was on the silver screen and in the studio.

“I watched a lot of musicals because of my mom and that influenced me very much in the fact that a career in this business would have to be all three,” she explained to James Lipton on Inside the Actors Studio.

She inched closer toward movie star with films like Money Train and Jack before landing the role of a lifetime as Selena Quintanilla in the eponymous 1997 film. By 27, she was a Golden Globe nominee. Not before long, the star was pulling triple duty as an actress, dancer and singer as her debut studio album, On the 6, charted in the Billboard 200 top 10 and was certified triple platinum in the United States in 1999.

“I always thought I could do both and there was no switch [from acting to singing],” she told People. “For me I was going to continue doing movies while I made this album. It was always part of my plan.”

Two years later, she outshined herself with her second album, J.Lo, which was number one in the United States just as her romantic comedy, The Wedding Planner, was dominating the box office in the top spot. In a bar-setting feat, she became the first entertainer to have both projects at the top of their respective ranks. With her face on every screen, the worldwide phenom had successfully permeated all corners of the entertainment industry.

“She’s someone I think in the classic sense that is the embodiment of the triple threat—the actor-dancer-singer,” he longtime manager, Benny Medina, said in an interview around the time of On the 6‘s release.

Of course, any fan of Lopez’s knows she’s never been one to rest on her laurels. With a thirst for knowledge, a hustling spirit fostered by her parents, a competitive drive that harkened back to her school days as a track star and a sheer opposition to the word “can’t,” Lopez did not shy away from expanding the scope of her burgeoning empire.

First, she launched a budget-conscious lifestyle brand, including clothes, accessories and dozens of fragrances, geared toward giving fans the chance to dress like her. Behind the scenes, the budding mogul started her own production company.

“I’m a workaholic,” Lopez bluntly told Harper’s Bazaar. “My instinct is to fill every single minute of my life with work, so I’ve had to learn balance. When you take on too much, that can be the enemy of great.”

She was not the first star to take on a career that blended singing, dancing and acting, but she was one of the very few who managed to continuously evolve and push back when any facet of her career or personal life hit a temporary lull. “I’ve been in the grind and the game for a long time. At a certain point, people respect you when they see you fall down and get back up. The more you’re in this life, the more they celebrate your triumphs,” she noted to W.

When her projects weren’t hitting their notes come the late 2000s, the star branched out even further by joining American Idol as a judge. There, she thrived as ratings soared and fans tuned in to see the blockbuster performer in all of her glamorous glory behind the judging panel, simultaneously setting off a reality talent competition trend that saw fellow pop stars like Britney Spears and Christina Aguilera accepting similar gigs for big bucks on the small screen.

“It turned out to be an important thing in my life. It gave me the strength to do the things that I couldn’t do before because it did put me in a powerful position for myself,” she tearfully reflected on the job in her docu-concert, Dance Again. “People do like me. People do want to see me.” 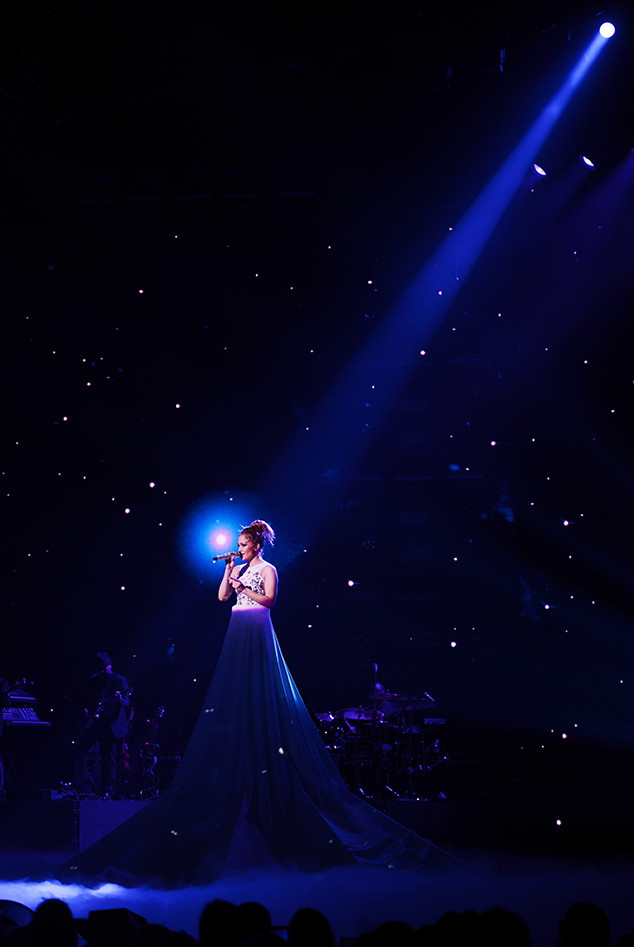 And they would continue to see her as AI paved the way for peak positioning back on the charts, on screen and stage. In her late 40s with two children and in the third decade of this wide-ranging career, Lopez hit her sweet spot as she continued to prove the lengths of her entertainer’s spirit at new heights.

With a drama series, Shades of Blue, a reality dance competition show, World of Dance—both executive produced by and starring her—and the most successful Las Vegas residency of 2016 all running around the same time, the songstress had solidified her standing as perhaps the most impressive modern multi-hyphenate in the entertainment industry.

Just as she has done throughout the course of her career, the phenom set a new precedent for all the ways in which a star could succeed. Aside from talent and an identity all her own, what inner forces have been at work to catapult her to the top?

Perhaps it was her doubters that silently fueled her. “People underestimate me. They always have, and maybe that’s for the best,” she told W. “It’s fun to prove them wrong.”

Perhaps it was her underdog roots that inadvertently pushed her. “I didn’t get kissed into this business,” she told Harper’s Bazaar. “I’m from the Bronx. I had to find my way, so I’ve always felt like I had to prove myself. Maybe that’s a good drive to have. I never settle for mediocre.”

And mediocre she would never be. Much like the name of her residency show, Lopez’s ethos has never been cruising on ordinary. As she told The Independent, “It’s always been my approach to performing, to work, to everything I do in life: I give it all I have.”

Her life’s work will be recognized in the name of one of her idols, Michael Jackson, at the 2018 MTV Video Music Awards on Monday night, as she joins an elite list of iconic musical innovators, among them The Beatles and another of her inspirations, Madonna.

However, the award is no period on a masterful career, but rather another checked box on an ongoing To Do list, which also includes closing out her Las Vegas residency, debuting her upcoming rom-com, executive producing and starring in a HBO TV film, developing new dramas for networks and eventually preparing for a performance in NBC’s Bye Bye Birdie Live. Needless to say, Lopez finds her best footing on a full plate.

“If I tell you all the people that told me I wasn’t going to act, sing or dance or I wasn’t good at it or I should stop or I should quit,” she once said. “The truth is nobody knows what’s inside of you. Only you know what you can accomplish and what you’re capable of.”

The next generation of multi-hyphenates is listening.