A$AP Rocky Back in U.S. After Being Released From Jail in Sweden: What’s Next for the Rapper

A$AP Rocky has returned to his native United States after spending a month in jail in Sweden, while a verdict in his assault case looms.

A private plane carrying the 30-year-old rapper, whose real name is Rakim Mayers, and his associates left Stockholm Arlanda Airport on Friday and landed at Los Angeles International Airport late that night, according to L.A. TV stations reported.

Rocky and two of his friends were detained by police on July 3 in Sweden in connection with a street brawl and charged with assault. They are accused of beating a 19-year-old man outside a fast food eatery in Stockholm on June 30. Rocky pleaded not guilty and said he acted in self-defense.

On Friday, following a three-day trial, the men were released. A Swedish judge said they were free to leave the country ahead of his verdict due on Aug. 14, a ruling that in Sweden often points to an acquittal or a sentence that is less than the time that defendants have already served, according to Reuters.

“The fact that they are released from detention means that the District Court has assessed that there are no longer grounds for detention,” Swedish Prosecutions Authority Public Prosecutor Daniel Suneson said in a statement. “I do not want to speculate on whether they will be convicted or acquitted, we will have to await the Court’s ruling on August 14.” 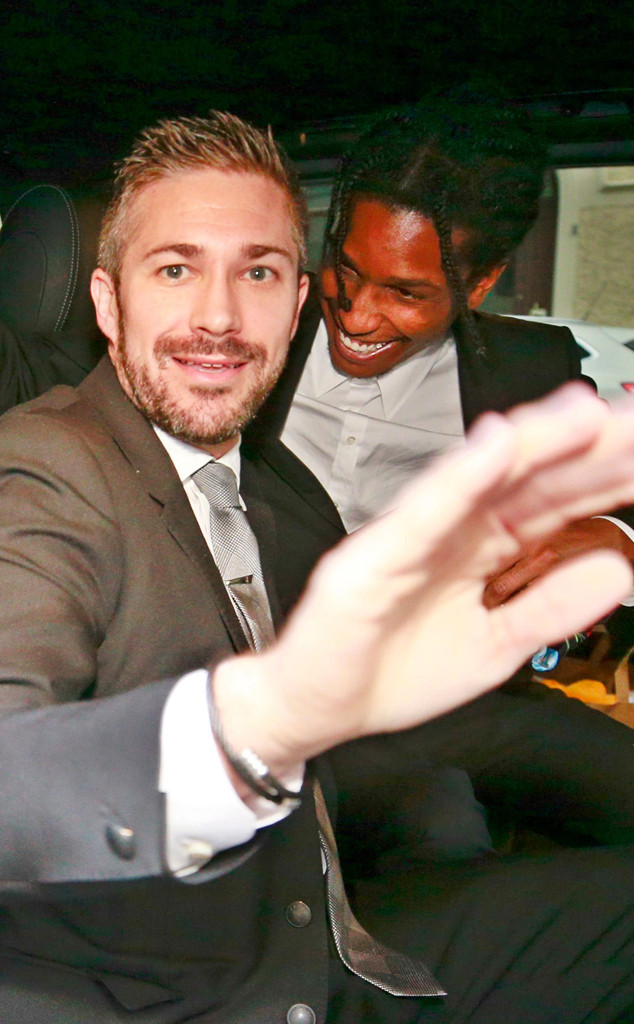 “Thank you from the bottom of my heart to all of my fans, friends and anyone across the globe who supported me during these last few weeks,” Rocky wrote on Instagram on Friday. “I can’t begin to describe how grateful i am for all of you this has been a very difficult and humbling experience i want to thank the court for allowing me Bladi and Thoto to return to our family and friends thanks again for all of the love and support.”

“We are satisfied. My client is a free man today,” the rapper’s attorney told reporters. “We are hoping for an acquittal in 14 days, but we will have to wait and see.”

“A$AP Rocky released from prison and on his way home to the United States from Sweden,” the U.S. leader tweeted on Friday. “It was a Rocky Week, get home ASAP A$AP!”

Trump had tried to intervene to help the rapper after speaking with mutual friend Kanye West. He reached out to Swedish Prime Minister Stefan Lofven, who said he couldn’t interfere in a legal case.

Scores of fans and celebrity friends also cheered on Rocky upon his release.